On the Road to Relevance 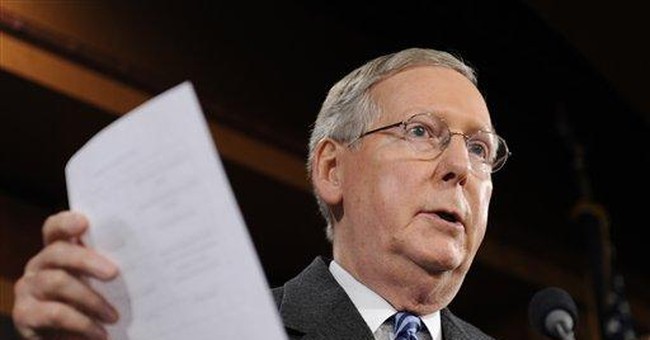 Much has been made of the Republican Party’s lost way – perhaps too much. Most everyone agrees you can’t run as the party of fiscal restraint, personal liberty and family values, then govern as the party of big spending, intrusive government and cynical values without losing more than you win.

But lost credibility as the Party of conservative principle is the easiest of our problems to solve. It may take a while, but that ground will be reclaimed naturally as we consistently match our behavior with our rhetoric. And as the Democrats continue to over-reach.

A more difficult problem is one of structure. The various members of our Republican coalition seem to have more to argue about than they do to unify around. It’s a problem we’ve refused to recognize since its genesis nearly 20 years ago. Now, it’s become a large scale crisis.

Throughout the 50’s, 60’s and 70’s – during the alignment of the modern Republican Party – America had a clear enemy in the Soviet Union, a ready foil for conservatives to unify against. A Republican Party that included the Lafollete progressive and the Christian conservative; the cultural traditionalist and the fiscal libertarian; the country club elitist and the military interventionist could unite comfortably around the proposition that acting on conservative principles would ensure American victory over the Soviet menace.

With perestroika and the fall of the Berlin Wall, however, the unity of purpose around which we found common cause started looking a lot less important than the more narrowly held issues with which we defined our particular factions.

The varied and diverse rings that together made up our Republican trunk began to splinter. Behavior failed to follow rhetoric. People lost track of what it meant to be a Republican. Or, more to the point, Republicans lost track.

The resulting breakdown was not readily apparent for two reasons. First, the Democrats weren’t in any better shape than we were. By the end of President Reagan’s tenure, Democrats were a party desperately looking for a message. Second, since we didn’t have the stomach to face our strategic problem, we turned to perfecting the tactical means of winning campaigns. For the most part, we out-maneuvered Democrats with better television, better talk radio, better targeting and better turnout.

But being better communicators only works so long as your opponents don’t have anything better to communicate than you do. In effect, our message was this: We’re not them. Their message was a mirror image of ours. We delivered better, so we tended to win more – at least at the national level.

The claim that Republicans suffer a branding problem is at least partly a complaint that we lack a central thematic that draws us together as a singular political movement.

That lack resulted in the election disasters of 2006 and 2008. A Republican Party that had long ago lost hope of winning urban and minority voters finally lost the suburbs and middle class as well. The result is that some within the party, and a great many more outside it, now think the only Republican hope left us is a massive philosophical repositioning.

But that’s exactly what got us where we are today. Our stubborn refusal to face the near seismic pressure a shifting landscape placed on the various internal parts of our Republican body caused neuroses and disorientation to set in. We began to fear our own conservative principles because we’d refused to make them relevant to the day-to-day concerns of those whose votes we desperately sought.

So Republicans did what Democrats do: We talked conservative during campaigns, but we governed liberal with big spending entitlement programs designed to buy selected chunks of the electorate. Predictably, a bidding war with Democrats only worked to shrink our base, it did little to add those whose allegiance we thought we could purchase.

Last week, members of the Republican National Committee took the first step back when they elected Michael Steele Chairman of the Party. Steele’s platform for change was clear, no Republican resurgence can happen until we restore credibility to our leadership and relevance to our message.

Credibility starts with knowing what we believe then acting consistently on those beliefs. Relevance isn’t quite so straightforward. In fact it’s quite complex.

Relevance starts with the question—relevant to whom? It’s followed by a great many questions associated with relevance about what?

The answers to the questions of who and what will determine whether we grow our party and win elections.

Chairman Steele ran on a platform to do just that. He’s made it clear he wants a closer relationship not just with the think tanks of the center-right, but with the grassroots in the precincts. He seems determined to make the Republican Party once again the party of ideas and innovation.

And he seems determined to see Republicans unified again around messages that compel voters, motivate donors, and enthuse volunteers.

But he’s not stopping there. He’s also putting in place a means to take those messages places that in some cases Republicans haven’t been before.

In his first week as Chairman, Michael Steele launched a new Republican Technology Summit scheduled for later this week. He’s invited dozens of technical experts from around America to come together and discuss the ways Republicans can use technology to communicate better, organize more effectively, and raise money more efficiently.

His campaign platform leaned heavily on carrying the Republican message to every American who shares our concerns for personal liberty and limited government. His plan calls for a massive recruitment drive of candidates for every office on the ballot – local, state and federal -- from big cities to rural villages. Those candidates will look like and speak like the people whose votes they seek to earn. They’ll carry the message that the people and the policies of the Republican Party don’t build walls, we open doors.

Sure, the Democrats’ messenger is personable and charismatic. But the actual message Democrats are trying to sell still isn’t any better today than it was in 1994 when they lost the Congress. Higher taxes, bigger spending, and more government control over the lives of individuals and their families aren’t messages likely to yield a popular political realignment any time soon.

We’ll solve our structural problem when we can unite around a theme that is bigger than any one of the factions that make up the Republican Party. We’ll make it relevant when we translate our philosophy of individual initiative, limited government, and fiscal restraint into specific messages that Americans can understand and appreciate. We’ll recapture our credibility when we turn those messages into concrete policy initiatives that create economic prosperity and personal empowerment.

The Republican Party is under new management. It’s arrived just in time. Now, let’s get on with it.