For Father's Day - Grateful for an Old-School Dad

Tom Purcell
|
Posted: Jun 18, 2017 12:01 AM
Share   Tweet
The opinions expressed by columnists are their own and do not necessarily represent the views of Townhall.com. 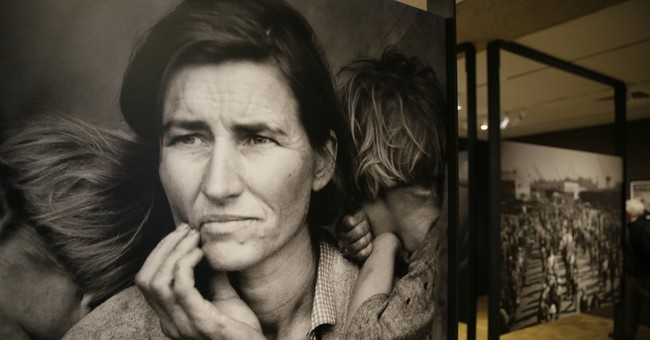 My father made me wear hand-me-downs - even though I was our family's only boy, with five sisters.

It wasn't too bad most of the year, but Easter Sunday was a bear. You know how hard it is to outrun the neighborhood bully with your panty hose bunching up and your bonnet flopping in the wind?

My father was born during the Depression, in 1933, when life was a lot tougher. When he was only 3, his father, who had a good job working for the Mellon family, died at age 34.

My father and his sister and mother moved from a nice home into a cramped apartment in the city. Without a father to nurture him, and with his mother at work all day, he had to fend for himself.

Bigger kids bullied him - until he fought back. Money was tight, so he scrimped and saved and set some aside for rainy days. Unsavory people tried to cheat him, so he developed the street smarts that guide him still.

He longed for a family of his own and, more than 50 years ago, at age 23, he married my mother. They never gave my sisters and me material wealth, but we had an abundance of other riches. So strong was their love, devotion and stability, optimism came naturally to all of us.

Oddly, my optimistic childhood proved to be a source of worry for my father. He feared I was not being fully prepared for the hardships of adulthood.

I did little to dissuade him of his concerns.

I failed early at self-defense. Whereas he learned how to fight off bullies on his own, my sisters taught me how to fight. While being harassed, I looked a neighborhood tough dead in the eye and said, "You are so immature!"

I failed at common sense. Once, when I was 11, I flushed an apple core down a toilet. It produced a massive clog that took my father hours to unplug. He still calls to ask me why I did that.

I failed at money management. He watched me squander all of the money from my first lawnmowing jobs on baseball cards and ice cream sandwiches - rather than put half in the bank. He struggled for years to teach me how to plan ahead for rainy days.

I chose an impractical college major. He begged me to at least minor in something job-worthy. I'm the only person to graduate from Penn State with a major in English and a minor in air conditioning and heating.

For years, my father saw it as his duty to polish me, a lousy lump of coal, into a diamond. For years, his old-school methods were a constant source of agitation.

Until I began experiencing the unforgiving realities of adulthood.

Everything he warned me about proved to be true. I didn't begin to succeed as an adult until I embraced his many lessons.

To borrow from Mark Twain, when I was a young man of 20, my father was so ignorant I could hardly stand to have the old man around. But when I got to be 28, I was astonished by how much he'd learned the prior eight years.

My father is 83 now. With every passing year, I admire and respect him more for the sacrifices he made for my sisters and me.

He taught us the meaning of love, honesty, kindness and sacrifice - without talking about them.

That's why I'm grateful for my old-school dad.