Madam Speaker, Where Are You? 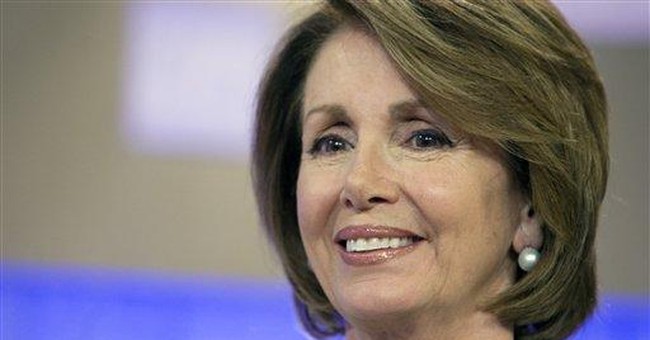 This morning, Republicans will return to the dimmed floor of the House of Representatives to continue to fight on behalf of American families hurting from high gas prices. It has now been ten days since House Democrats turned off the lights and breezed out of Washington for a paid vacation without any meaningful action to bring down energy costs.

For months, the American people have demanded more energy production, yet this Democrat majority found the pleas of their constituents just a petty annoyance. But as Speaker Pelosi - off on her self-promoting book tour - has found, when House Republicans rose to speak in a darkened chamber, the American people stood with us.

What began as a spontaneous protest to the Speaker's heavy-handed parliamentary tactics to silence Republican House members and the American people has evolved into a national movement. This is not a battle we went looking for, but the American people demanded a voice in response to the unambiguous insult thrown at them.

Americans struggling with fuel costs now recognize that though Speaker Pelosi seeks to muzzle them, they do have a voice in Washington. House Republicans have seen firsthand the burden gas prices are having on hard-working families. We have a real energy plan to increase conservation, produce alternative sources of energy, and harvest our own natural resources. House Republicans want Americans to have more American-made energy.

The refusal of this Democrat majority to act is the only thing that prevents us from realizing a greater supply of American energy and lower prices at the pump. Speaker Pelosi and her leadership team have become the unbending force standing in the way of an energy self-sufficient America. Disinterested and inflexible, their control over our national energy policy threatens the prosperity and productivity of generations to come.

But with an outpouring of support from like-minded Americans, House Republicans are again taking to the well of the People's House this morning to declare that the Democrat anti-energy agenda is no longer welcome. We will persist in our calls for more American-made energy until the Democrat leadership yields to the wishes of the people.

The United States has always and will continue to be a nation whose greatest resource is its people. We maintain a confidence that comes from knowing that the shared genius and determination of our people can meet any challenge. When turning to Washington for aid, we understand that the most positive outcomes are produced when the government sets fair rules, then stands aside and allows our people the freedom to provide opportunities and answers.

Americans have the capacity to solve this energy crisis and our nation has been blessed with wonderful natural resources to bridge the gap to the next generation of energy options. We now need those in control of Congress to recognize the capabilities we have at home and respond to the will of the American people.

At this time of great uncertainty, our nation deserves a real debate and a sincerity from its leaders that matches the scale of this challenge. Rather than vacation, let's have a real vote on our energy future. House Republicans stand ready to act, ready to increase the supply of American-made energy, ready to bring down crippling gas prices. We are here. The American people are with us. So we ask, Madam Speaker, where are you?