Todd Starnes
|
Posted: Feb 21, 2018 8:45 AM
Share   Tweet
The opinions expressed by columnists are their own and do not necessarily represent the views of Townhall.com. 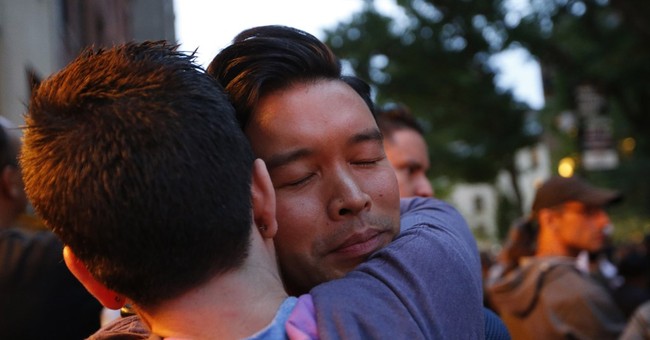 Parents with children who attend a Texas middle school are wondering what gay bars and transsexuals have to do with Black History Month.

Sixth graders at North Richland Middle School were presented a survey asking if they were comfortable with going to a gay bar or if they would be okay if their sister's new boyfriend is a female-to-male transsexual.

The Fort Worth Star Telegram reports the 41-question survey was part of the diversity curriculum for Black History Month. Students were instructed to rate their level of comfort with various scenarios:

Parent Ashley Brent told the Star-Telegram her son was very uncomfortable with what he called a "weird test."

"This is not something that is school-appropriate," she told the newspaper. “I wasn’t ready for my son to be exposed to these type of things.”

And what in the name of Rosa Parks do HIV-positive dentists and transsexual boyfriends have to do with Black History Month?

A Birdville Independent School District spokesperson told the Todd Starnes Radio Show that the survey was not developed or distributed by the district.

"We agree the survey was not appropriate and disciplinary action was taken," the spokesperson said.

Fans of the nationally-syndicated Todd Starnes Radio Show were livid.

“Do sixth graders in Texas go to bars,” wondered one reader. “Why in the world would a teacher ask 12-year-old children questions about visiting a bar?”

“As a teacher, I am appalled at the garbage that liberal teachers are trying to force on children,” said another fan. “Not one of those questions is age appropriate for 12-year-olds.”

“We have become a nation of identity politics. Everything has to be about race or sexual orientation,” one fan added.

We do not know the teacher’s motive – but It certainly appears that the school teacher was caught red-handed trying to indoctrinate a bunch of sixth graders.

The lesson here for moms and dads -- pay close attention to what your child is learning in school.

And if you see something -- say something.

In the meantime, it might be a good idea to have a chat with your dentist – and your daughter’s boyfriend.