Todd Starnes
|
Posted: Mar 01, 2017 12:38 PM
Share   Tweet
The opinions expressed by columnists are their own and do not necessarily represent the views of Townhall.com. 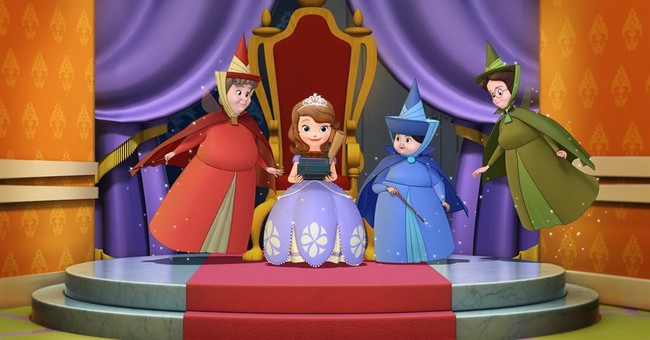 The folks who gave us Mickey Mouse and Goofy have decided it’s time for your children to enjoy same-sex romance while they slurp down their Fruit Loops.

Click here to get Todd’s newest book – hated by liberals, but loved by deplorables!

The smooch happened during the second season of “Star vs The Forces of Evil,” a cartoon broadcast on Disney XD.

Disney is earning accolades for diversity and inclusivity among the LGBTQIA crowd.

There’s also word the upcoming live-action version of Beauty and the Beast will include a gay storyline – between LeFou and Gaston.

I figured it would’ve been the candlestick. But whatever.

“LeFou is somebody who on one day wants to be Gaston and on another day wants to kiss Gaston. He’s confused about what he wants,” director Bill Condon told Attitude magazine.

And what better place to discuss human sexuality with your four-year-old than a wholesome Disney movie?

“It is a nice, exclusively gay moment in a Disney movie,” Condon added.

Disney’s pro-gay activism has lots of moms and dads across the fruited plain wondering what in the name of Supercalifragilisticexpialidocious is going on?

It’s unfortunate – that we live in a society where kids can no longer be kids - but that’s the world in which we live.

But these days everything is about the LGBTQIA agenda. And when it comes to the entertainment industry, nothing is sacred in its quest to indoctrinate American children. Not even Disney.

So, don’t be too surprised if the next Disney animated classic documents Tinker Bell’s torrid lesbian affair with Snow White while a gender questioning Peter Pan crushes on Pinocchio who just got out of a long-term relationship with one of the seven gender-fluid dwarfs.