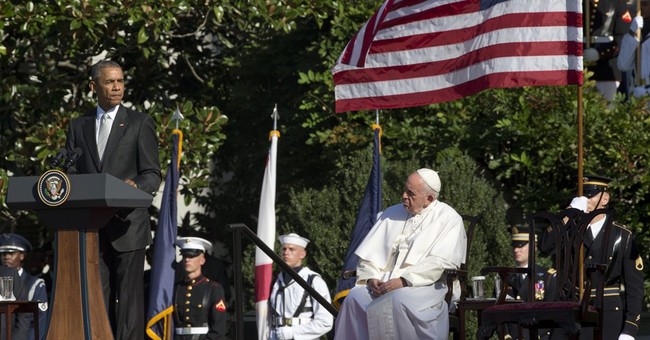 President Obama threw a big shin-dig for Pope Francis and the guest list caused all sorts of controversy.

A gaggle of gay activists were invited to scarf down cocktail weenies at the White House -- along with an openly gay Episcopal bishop and some pro-abortion Catholics.

Republican presidential candidate Mike Huckabee is not too happy with the party planners over at 1600 Pennsylvania Avenue. He called them the most anti-Christian administration in American history.

"When you invite the head of the Catholic Church -- the pope -- you should treat him as an honored guest," Huckabee told me. "It is not a time to embarrass him by inviting people who have been very outspoken in their criticism of the Church."