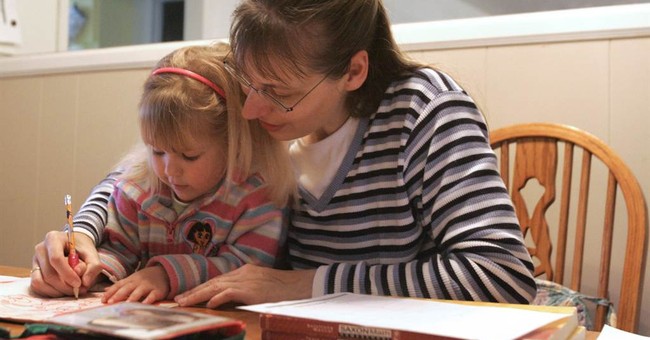 Uwe and Hannelore Romeike came to the United States in 2008 seeking political asylum. They fled their German homeland in the face of religious persecution for homeschooling their children.

They wanted to live in a country where they could raise their children in accordance with their Christian beliefs.

The Romeikes were initially given asylum, but the Obama administration objected – claiming that German laws that outlaw homeschooling do not constitute persecution.

“The goal in Germany is for an open, pluralistic society,” the Justice Department wrote in a legal brief last year. “Teaching tolerance to children of all backgrounds helps to develop the ability to interact as a fully functioning citizen in Germany.”

On Monday, the Supreme Court declined to hear the Romeike’s appeal – paving the way for the Christian family of eight to be deported.

“I think this is a part of the Obama administration’s overall campaign to crush religious freedom in this country,” said Michael Farris, chairman of the Home School Legal Defense Association. His organization is representing family.

“The Obama administration’s attitude toward religious freedom, particularly religious freedom for Christians is shocking,” he told me in an exclusive telephone interview. “I have little doubt that if this family had been of some other faith that the decision would have never been appealed in the first place. They would have let this family stay.”

Had the family stayed in Germany, where homeschooling is illegal, they would have faced the prospect of losing their children. Like the Pilgrims, they fled their homeland yearning for a place where they could be free.

Farris said the religious bias perpetrated by the Obama administration is “palpable.”

There are nearly 12 million illegal immigrants living in the United States. You’d think the Obama administration could find a place eight immigrants who want to live here legally.

Farris said the Supreme Court’s decision not to hear the case sends a chilling message to Americans who currently home school their children.

“This administration thinks it’s a privilege to home school – not a right,” he told me. “We’d better buckle down and be ready to fight them every step of the way.”

As for now, the Romeike family will be able to stay at their four-acre farm in the eastern Tennessee. But it’s only a matter of time before the Obama administration begins formal deportation proceedings.

Last year, I interviewed 15-year-old Daniel Romeike, a soft-spoken boy with aspirations of one day becoming a mechanical engineer. He told me he was afraid of what might happen if the family was deported. He feared being taken from his parents and placed in government custody.

“If I had a chance to talk to President Obama, I would ask him to let us stay in this great country of freedom and opportunity,” Daniel told me.

So on behalf of the Romeike family, I would like personally appeal to President Obama.

Please, Mr. President, have mercy on this Christian family. They came to our shores longing to be free. They left their homeland to escape religious persecution. Please, sir. Welcome them to our land with open arms. Bestow upon them a small measure of grace so they might be able to raise their children in the land of the free, the home of the brave.