School Takes Kids to Mosque, Gives them Copies of Koran 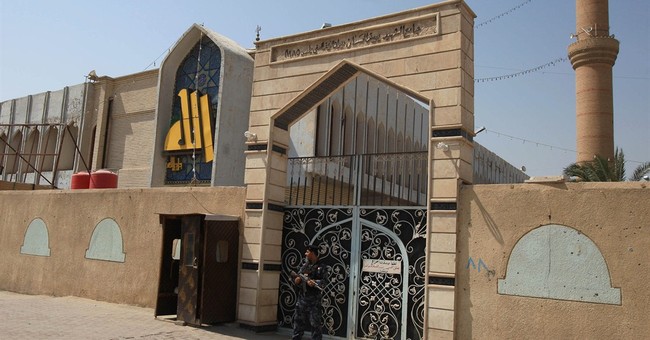 A Tennessee high school has decided to revise its field trip policy after a group of freshmen were taken to an Islamic mosque where they were given copies of the Koran and while a student who opted out of the trip was given a worksheet that alleged Muslims treated their conquered people better than the United States treated minorities.

The students were in an honors world studies class at Hendersonville High School and the field trips to the mosque as well as a Hindu temple were part of a three-week course on world religions.

But some parents objected to the trips and wondered why the school would tour a mosque but not a Christian church or a Jewish synagogue.

“If you can’t go to all five, why are you going to any?” asked parent Mike Conner. “We sent the principal an email and voiced our concerns. She sent back a reply and told us they could not afford to go to all five.”

Children were given punch and cookies at the mosque where they listened to readings from the Koran, Conner said. They were also given copies of the Islamic holy book – which some students took and others declined.

During their visit to the Hindu temple, students engaged in meditation.

“Our kids are being indoctrinated and this is being shoved in their face,” Conner told Fox News. “It tells me they are pushing other religions and they want Christianity to take a back seat. They want our children to be tolerant of everything except Christianity.”

A Sumner County Schools spokesman declined to answer questions about specific religious activities the children may have engaged in, but he did send a statement acknowledging there was concern about the trip.

“Our district has reviewed the practice and decided to eliminate field trips to religious venues from this class, as it does not provide equal representation to all the religions studied in the course unit,” the statement read. “This decision was made due to the fact that equal representation in regards to field trips for all religions studied in the course is not feasible.”

Conner told Fox News his 14-year-old stepdaughter Jessica decided not to attend the trip. So her teachers instructed her to write a paper comparing and contrasting the Christian, Hindu and Islamic faiths. That’s when his daughter noticed something strange.

The section about Islam was titled, “Religious Tolerance in Islam,” according to the worksheets provided to Fox News.

The author wrote that the “Prophet of Islam was prepared to live in peace with the followers of other monotheistic religions, especially Judaism and Christianity.”

The author also disputed claims that Islam is a violent religion or that conquered nations were given a choice – Islam or death.

“There is no denying that Muslims in the Middle East and Asian conquered lands of other peoples but they did not impose their religion over them,” the author wrote.

The author also stated that minorities conquered by the Muslims were treated better than minorities living in the United States.

Conner told Fox News his daughter declined to complete what she considered to be an unfair and unbalanced assignment.

“Because of a surplus in information on Muhammed, and a lack of complete and thorough information on Mahatma Gandhi and Jesus Christ, there is not enough true facts to properly complete a comparison and contrasting paper,” Jessica wrote on her paper.

Her parents warned her that she might be punished by her teachers for standing up for her beliefs – and she was. Jessica received a ‘zero’ for the assignment.

Conner and his wife met with school officials who refused to change their daughter’s grade or give her an assignment that was more balanced.

“They told us we were being hostile towards Islam,” Conner said. “It was a very confrontational meeting. Their attitude was, ‘I can’t believe you would question our motives with your children.’”

Conner said he hopes the school board will take action against the teachers.

“Someone needs to be held accountable,” he said. “They are our children – not theirs.”