Our Judges Agree: This Is Not a Time for a Police State

Timothy Head
|
Posted: May 20, 2020 12:01 AM
Share   Tweet
The opinions expressed by columnists are their own and do not necessarily represent the views of Townhall.com. 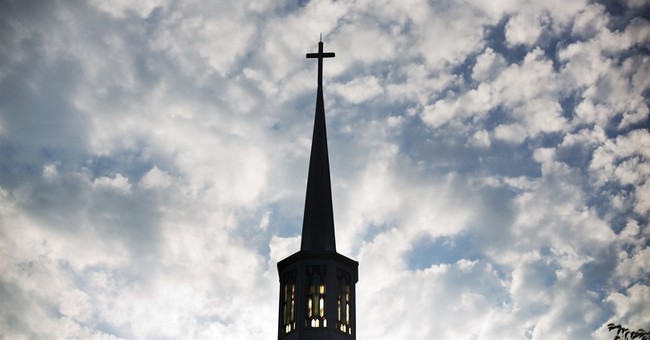 The Justice Department has announced it will stand up in defense of a Virginia pastor accused of violating Governor Northam’s lockdown order. Kevin Wilson, pastor of Lighthouse Fellowship Church, had held a church service that met all social distancing requirements. And yet still he received a summons from police for alleged violations. Early in April, Attorney General William Barr promised he would take action against inappropriate regulation of religious services. His most recent Statement of Interest in support of Pastor Wilson’s church shows that he is following through on that promise.

Barr’s support of religious freedom couldn’t come at a better time. Across the country, lawmakers and politicians are using the coronavirus outbreak to curtail religious freedom. Kentucky Gov. Andy Beshear directed state police to record the license plates of people who went to church on Easter, in order to report them to local health departments. Greg Fischer, the mayor of Louisville, banned drive-in church services. Kansas Governor Laura Kelly issued an executive order banning religious and funeral services with over 10 people.

As the executive director of a national organization advocating for faith and personal freedoms, I am dismayed at these orders. While we want to love our neighbors by looking out for their safety and protecting their health, this is not the time for a police state, and I applaud the lawmakers and leaders, like Attorney General Barr, who are challenging these violations against our religious freedoms.

But religious freedom has many more defenders too. This includes Senator Rand Paul, who blasted Beshear on Twitter for “quarantining someone for being Christian on Easter Sunday.” It includes Senate Majority Leader Mitch McConnell who accused Beshear and the mayor of Louisville of infringing on religious freedoms. I applaud U.S. District Judge Justin Walker, who issued a restraining order prohibiting Louisiana from banning these services, and Kansas Attorney General Derek Schmidt as well, who said that “no Kansan should be threatened with fine or imprisonment, arrested, or prosecuted for performing or attending church or other religious services.”

These quick responses are proof that our judicial and legislative system works. Judges are playing a vital role in protecting the freedoms of Christians and other people of faith in unprecedented circumstances. And I am thankful that President Trump has appointed two Supreme Court justices, 51 appeals court judges, and 138 district court judges who all support religious freedom.

We should all do our part to protect the most vulnerable in our communities. I, just as much as anyone, understand the importance of stopping the spread of the virus. But recording license plates and forbidding parking lot church services is going a step too far. We have the constitutional right to decide for ourselves whether, and how, we congregate for practices of faith. There is a big difference between asking Americans to social distance and criminalizing religious gatherings, where people are seeking comfort and clarity during these uncertain and difficult times.

Here’s what is warranted: Restrictions (but not a ban) on nonessential travel to flatten the curve. A push for greater testing and more medical supplies. Support for American families, workers, healthcare providers and businesses. Resources for treatment and vaccination development.

Our state and city leaders should be focusing their efforts on these critical responses, not using their resources and power to crack down on Christians.

We should also be commending churches for the vital role they are playing in this crisis. I am awed by the hard work our churches have done to move worship online and keep their communities connected during this time. Churches have stepped up to support their parishioners by coordinating food deliveries to the elderly and immunocompromised, donating to food banks and homeless shelters, and helping healthcare workers find childcare. The Churches Helping Churches COVID-19 Church Relief Fund has raised over $250,000 to help struggling houses of worship in low-income communities.

The swift action by our lawmakers to condemn infringement on religious freedom is a sign for where our country is headed after this virus. There have been a record number of Bible purchases as people are looking for hope and guidance, according to top Christian publishers. We are using this time to reconsider our values, recommit to loving our neighbors, show gratitude to our families, and trust in God. We will be stronger as a country for it.

Timothy Head is the executive director of the Faith and Freedom Coalition.