Tim Graham
|
Posted: Jan 28, 2022 12:01 AM
Share   Tweet
The opinions expressed by columnists are their own and do not necessarily represent the views of Townhall.com. 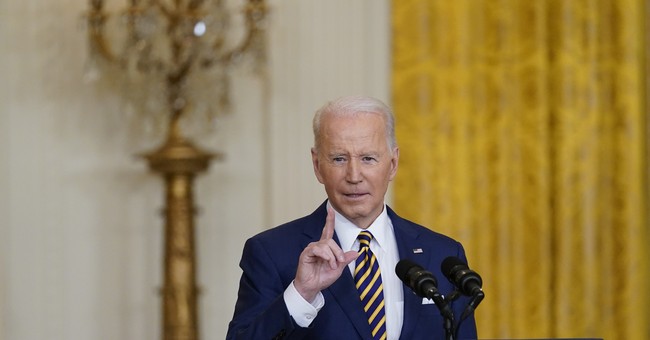 One of the most insincere campaign promises President Joe Biden ever made was to bring unity and decency back to the presidency. In his 2020 Democratic National Convention speech, he claimed, "It is time for us, for we, the people, to come together. And make no mistake. United we can, and will, overcome this season of darkness in America."

His sometimes-speechwriter Jon Meacham gushed as Biden accepted his victory on Nov. 7, 2020, that "what was on the ballot here was decency and democracy and empathy, and Joe Biden is particularly well-equipped for this moment."

No. He wasn't. It's quite apparent he's not decent. And neither is Meacham, the editor who oversaw Newsweek going so wrong it was sold for a dollar.

When Biden flew to Atlanta to make a speech, yelling, "You're either with me and my partisan plot to federalize election rules or you're 'on the side' of Bull Connor and George Wallace and the segregationists," he was ripping off the character-assassinating tropes of Meacham.

When Biden called Fox News correspondent Peter Doocy a "stupid son of a b---h," he didn't need to borrow from a speechwriter. But he's not "well-equipped" to demonstrate decency or empathy to a journalist who isn't obsequious to him.

Let's underline that politicians should be allowed to be at least as rude to reporters as reporters are rude to them. When Olivia Nuzzi asked a question to President Donald Trump in April 2020 insisting he was responsible for every COVID death (which was more than Vietnam War deaths), he was civil. But she was not. Her question was far nastier than Doocy asking about inflation being a midterm problem.

When Trump called the press "fake news" or mocked individual reporters as terrible people, Jim Acosta & Co. condemned this since it was not only somehow undemocratic but predicted that it would lead to violence against reporters.

The problem with Biden's angry cursing at Doocy is that it violates that campaign promise of decency. It also allows conservatives to remind liberals that this used to be painted as a violence-inducing offense against the First Amendment.

People sticking up for Doocy don't have to insist that Trump was civil with reporters. It's just that they all pretended Biden was going to be so much more "pro-press," which is transparently false, both in tone and in media access.

But it gets worse. Some journalists think this is Biden at his best! Politico editor John F. Harris claimed, "Biden's lapse of presidential decorum hints at a path toward restoring presidential vitality." His headline was "How Trash Talk Can Save Biden's Presidency."

Harris claimed the Doocy diss should be celebrated as "authentic emotion amid the pervasive phoniness of contemporary politics." He compared it to Biden's partisan cursing that Obamacare being signed was a "big f---ing deal."

He advised, "Let's see if polls show that others enjoyed the Doocy exchange as much as I did." Then he actually claimed that maybe Biden should use the State of the Union address to point out Americans in the crowd and say they're "full of s--t" and should "put a sock in it." I'm not making this up.

Pretending to be a unifier and a healer and a role model for decency has been exposed as just a phony Biden ploy. Biden is counting on the fact that 95% or more of the reporters in the briefing room voted for him, so they're as entertained as Harris. He hopes they can all unify in loathing of conservative media outlets that report stories they would all avoid or squash.