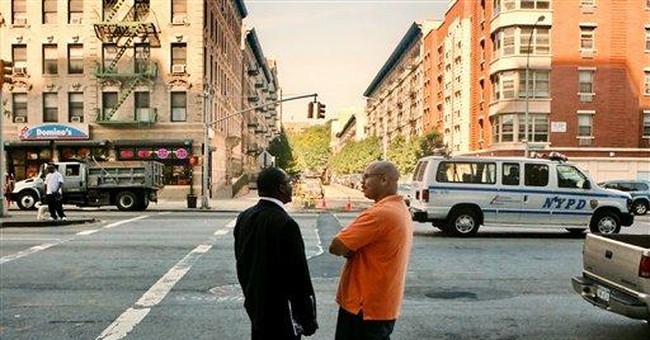 Walter E. Williams is my oldest and closest friend. But I didn't know that his autobiography had just been published until a talk show host told me last week. I immediately got a copy of "Up from the Projects," started reading it before dinner and finished reading it before bedtime.

It is the kind of book that you hate to put down, even though I already knew how the story would end.

More important, they-- and the whole black community of which they were part-- were far safer than today. As late as 1958, when Walter was a young taxi driver in Philadelphia, he used to park his cab in the wee hours of the morning and take a nap in it. As he points out, "A cabbie doing the same thing today would be deemed suicidal."

The times in which Walter Williams grew up were by no means idyllic times, nor was Walter a model child nor always a model adult, as he candidly shows. He even reproduces the documents recording his court martial in the Army.

How Walter Williams changed for the better-- partly as a result of his wife, who "became a civilizing and humanizing influence in my life"-- is one of the themes of this book. The other great influence in Walter's life was his mother, one of those strong and wise black women who has had much to do with providing the foundation from which many other black men and women rose out of poverty to higher levels of achievement.

With Walter, that path was not a straight line but had many zigs and zags, and there were times when he was a disappointment to his mother. But, in the end, he vindicated all the efforts and hopes that she had invested in him.

There were also teachers, and then professors, who played a role in developing his mind-- especially hard-nosed teachers in Philadelphia who chewed him out when he messed up and UCLA professors who bluntly told him when his work wasn't good enough.

None of them was the kind of warm, chummy educators that so many hold up as an ideal. After Walter Williams earned his Ph.D. in economics and went on to become a professor himself, he was scathing in his criticism of fuzzy-minded faculty members who think they are doing students a favor by going easy on them or giving them higher grades than they deserve.

As he began to write about racial issues, Walter was able to draw not only on his research as an economist, but also on his personal experiences in the Philadelphia ghetto, in the Jim Crow South and in South Africa, where he lived for some months during the era of Apartheid.

Few others had so much to draw on, and many of them failed to understand that Walter Williams saw a lot deeper than they did. As a result, his conclusions made him a controversial figure.

When I finished reading "Up from the Projects," I wished it had been a longer book. But it got the job done-- and its insights are much needed today.