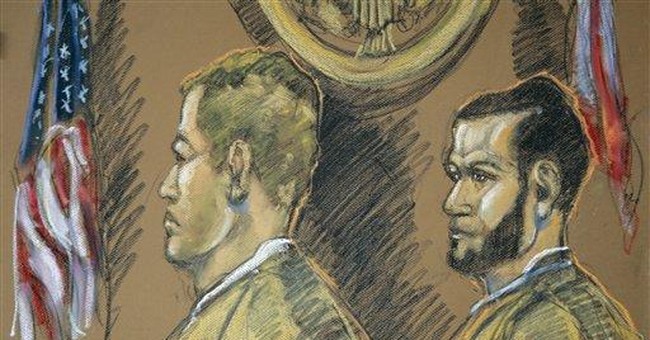 The media have an obvious vested interest in constantly urging that cameras be allowed in more places where governmental decisions are being made, including the Supreme Court of the United States. Like so many things that are said to be good for the public, this is something that would be good only for its advocates-- and harmful to the process of making decisions in the public interest, as distinguished from providing a forum for grandstanding.

The adage that "seeing is believing" should be a warning. What you see in politics is what politicians want you to see. You believe it at your own risk-- and at greater risks to the country.

Televised Congressional hearings are not just broadcasts of what happens to be going on in Congress. They are staged events to create a prepackaged impression.

Politically, they are millions of dollars' worth of free advertising for incumbents, while campaign finance laws impede their challengers from being able even to buy name recognition or to present their cases to the public nearly as often.

The real work of Congress gets done where there are no cameras and no microphones-- and where politicians can talk turkey with one another to make deals that could not be made with the public listening in.

To be a fly on the wall, able to listen in while these talks were going on, would no doubt be very enlightening, even if painfully disillusioning. But that is not what you are getting in video footage on the evening news.

Some might argue that, in the absence of the cameras, many people might not know what is going on in Congress or in the courts. But being uninformed is not nearly as bad as being misled.

Quite aside from the fraudulence of a photographic facade, even if everyone involved played it straight, there is often remarkably little to be learned from observing a court case, for example, unless you understand the legal framework within which that case is to be decided. That is especially so in appellate courts, including the Supreme Court.

The same thing applies in many other contexts. You could watch televised brain surgery for years without getting a clue, if you had no medical training that would enable you to understand what is being done and why-- and what the alternatives are that you do not see on camera, much less know whether the surgeon has consummate skill or is botching the whole thing.

The more complex the issue, the more likely that understanding the context is vastly more important than seeing a picture and hearing sound bites.

Wars are especially susceptible to being distorted on camera. A dramatic event with emotional impact need not tell you what its military significance is. The viewer is able only to react emotionally, in circumstances where rationality can be the difference between life and death, not only for the combatants, but also for the societies from which they come.

Even when televised Congressional hearings are meaningless in themselves-- the real decisions having been made off camera-- their implications can be devastating. But implications cannot be televised.

Over the past two decades, judicial confirmation hearings have often become exercises in character assassination against nominees that Senators oppose for political reasons having nothing to do with the inflammatory charges that are aired on nationwide TV.

Judges who have for years supported civil rights have been depicted as racists. Other events in their careers have been twisted beyond recognition. Utterly irrelevant questions have been raised to appeal emotionally to uninformed television viewers.

The most direct harm is of course to the nominees. But the most important harm is to the public and to the country. Not only are many top-notch people lost and many innocuous second-raters appointed in their place, many other top-notch people refuse even to be nominated, rather than see the sterling reputation of a lifetime destroyed by political demagogues.

None of those lost people and their talents are televised, though they may be far more important than what is televised.