What Are They Buying? 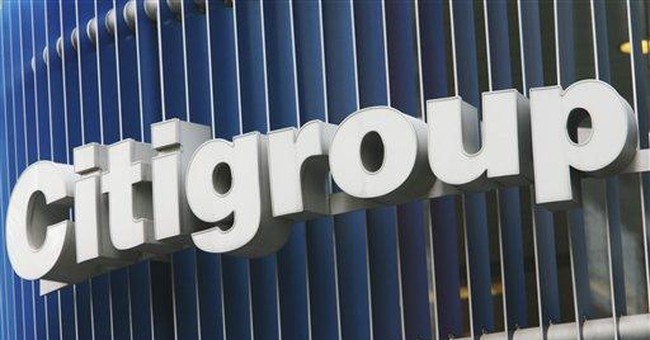 Everyone is talking about how much money the government is spending, but very little attention is being paid to where they are spending it or what they are buying with it.

The government is putting money into banks, even when the banks don't want it, in hopes that the banks will put it into circulation. But the latest statistics shows that banks are lending even less money now than they were before the government dumped all that cash on them.

Even if it had worked, putting cash into banks, in hopes that they would put it into circulation, seems a rather roundabout way of doing things, especially when the staggering sums of money involved are being justified as an "emergency" measure.

Spending money for infrastructure is another time-consuming way of dealing with what is called an immediate crisis. Infrastructure takes forever to plan, debate, and go through all sorts of hearings and adjudications, before getting approval to build from all the regulatory agencies involved.

Out of $355 billion newly appropriated, the Congressional Budget Office estimates that only $26 billion will be spent this fiscal year and only $110 billion by the end of 2010.

Using long, drawn-out processes to put money into circulation to meet an emergency is like mailing a letter to the fire department to tell them that your house is on fire.

If you cut taxes tomorrow, people would have more money in their next paycheck, and it would probably be spent by the time they got that paycheck, through increased credit card purchases beforehand.

If all this sound and fury in Washington was about getting an economic crisis behind us, tax cuts could do that a lot faster.

None of this is rocket science. And Washington politicians are not all crazy, even if sometimes it looks that way. Often, what they say makes no sense because what they claim to be doing is not what they are actually doing.

No matter how many times President Barack Obama tells us that these "extraordinary times" call for "swift action," the kind of economic policies he is promoting take effect very slowly, no matter how quickly the legislation is rushed through Congress. It is the old Army game of hurry up and wait.

If the Beltway politicians aren't really trying to solve this crisis as quickly as they could, what are they trying to do?

One important clue may be a recent statement by President Obama's chief of staff, Rahm Emmanuel, that "A crisis is a terrible thing to waste."

This is the kind of cynical revelation that sometimes slips out, despite all the political pieties and spin. Crises have long been seen as great opportunities to expand the federal government's power while the people are too scared to object and before any opposition can get organized.

That is why there is such haste to do things that will take effect slowly.

What are the Beltway politicians buying with all the hundreds of billions of dollars they are spending? They are buying what politicians are most interested in-- power.

In the name of protecting the taxpayers' investment, they are buying the power to tell General Motors how to make cars, banks how to bank and, before it is all over with, all sorts of other people how to do the work they specialize in, and for which members of Congress have no competence, much less expertise.

This administration and Congress are now in a position to do what Franklin D. Roosevelt did during the Great Depression of the 1930s-- use a crisis of the times to create new institutions that will last for generations.

To this day, we are still subsidizing millionaires in agriculture because farmers were having a tough time in the 1930s. We have the Federal National Mortgage Association ("Fannie Mae") taking reckless chances in the housing market that have blown up in our faces today, because FDR decided to create a new federal housing agency in 1938.

Who knows what bright ideas this administration will turn into permanent institutions for our children and grandchildren to try to cope with?