A Knock or a Boost? 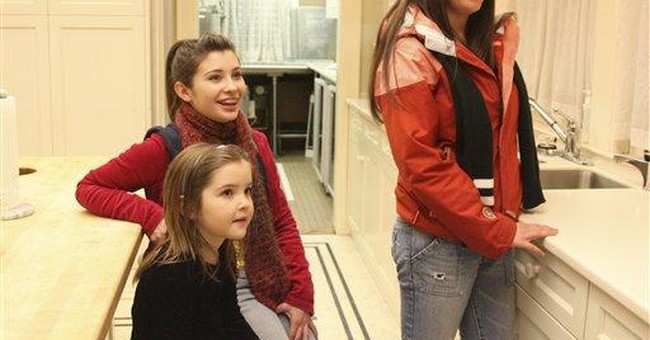 Since Governor Sarah Palin's daughter is not running for election this year, it is amazing how much the media has suddenly become obsessed with her. Her pregnancy not only made the front page of the New York Times, a printed announcement of her pregnancy stayed at the bottom of the television screen on CNN for what seemed to me to be about an hour or more.

Investigative reporters have obviously been burning a lot of midnight oil, digging deep into the history of Governor Palin's family, for they also found a drunk driving incident involving her husband decades ago-- before they were married.

"The public's right to know" is often invoked by the mainstream media, when what they are really talking about is the media's right to smear those that they disagree with politically.

It is doubtful whether the public is half as obsessed with Sarah Palin's daughter as CNN obviously is. Even before this particular story was hyped, CNN was among those in the media who had become something of a laughingstock for how they had gone overboard in favor of Barack Obama.

Increasingly, over the years, CNN has become less of a news reporting organization and more of a propaganda machine for liberal-left politics. Unfortunately, CNN is not alone.

It was not the newsworthiness of young Bristol Palin's pregnancy that put it on the front page of the New York Times or interminably on the bottom of the screen at CNN. It was an opportunity for them to try to damage the political career of someone they disagreed with politically.

But how much damage is this story likely to do? Only time will tell but it seems doubtful whether a lot of votes will be changed by it. The public does not always echo the media's obsessions.

Conservatives were apparently expected to be shocked but the media's perceptions of conservatives often bear no resemblance to reality. Rush Limbaugh, for example, remained supportive of Governor Palin-- and disgusted with the liberal scandal-mongers.

There is even a positive aspect to this. How many of us could have the history of our lives, and the lives of our whole families-- going back for decades-- picked over with a fine-tooth comb by investigative reporters, backed by the resources of a television network or a major newspaper, and have them come up with nothing worse than this?

There are people who are near and dear to me who have made some very bad mistakes in their lives. Would that disqualify me as a candidate for political office?

It certainly would not if I were running as a liberal Democrat. The media would say, "get over it" and "move on."

On the other hand, it could be the scandal of the century if I were running as a conservative Republican and some third cousin, twice removed, had gotten put behind bars or had died of a drug overdose.

At least one media attack has claimed to have some substance because Governor Palin has been critical of so-called "sex education" in the public schools. Her own daughter's pregnancy is supposed to demonstrate the need for such programs.

That is the vision of the left but what are the facts?

For decades, "sex education" has been sold as a way to reduce teenage pregnancy and venereal disease. But incessant repetition is not a rational argument, whether for "sex education" or for generic "change."

Before propaganda against traditional values regarding sex was introduced into the public school under the label of "sex education" in the 1960s, both teenage pregnancy and venereal disease had been going down for years.

But teenage pregnancy and venereal disease were pictured as the problems for which "sex education" was the solution. In reality, the long downward trend in both not only ended, but rose dramatically, after new attitudes toward sex were promoted in the schools under the guise of educating students.

"Sex education" is as phony as the scandal-mongering over a young woman who is no candidate for anything.