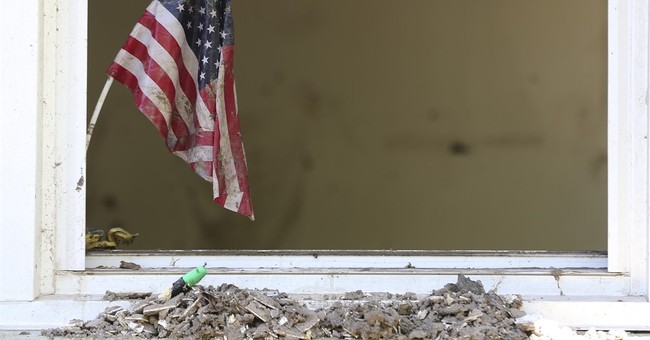 "All men are created equal." But after that, reality takes over. People are different, and almost nothing is evenly distributed. Some are born in a culture of tyranny while Americans are blessed with a culture of freedom and opportunity. Some are athletically gifted; others are better at watching and cheering those who are. Even those who have exceptional skills are often mediocre in other areas. Some have families that encourage education and entrepreneurial achievement; others convey that opportunity is beyond their family’s grasp.

We are all dealt different hands in the game of life. Some play those hands well; still others choose to get out of the game. The bell curve is real. We shouldn’t be puzzled by uneven achievement, uneven performance, and uneven wealth.

Donald Trump was right when he summed up the most recent Democratic debate with a short tweet—“Dem debate message summary = More free handouts….” They competed on what they could give away. No one denied they were a socialist and embraced “progressivism.” Capitalism and free enterprise which helped create the freedom and standard of living the world envies were distanced if not demonized. “You don’t have to work to earn it; you deserve it!” was the mantra for the night.

It’s clear that that the Democratic party is counting on those dependent on government being enticed by more goodies at the expense of their more wealthy neighbors. This is a more liberal Democratic Party—one that’s an enabler to dependency and an enemy of the earned “pursuit of happiness.” They foster envy instead of inspiring all to achieve.

You could take away all of the income of the top ten percent of Americans and not make a dent in our national debt much less pay for the expanded gifts today’s Democrats promise to provide. They’re killing the goose that lays the golden egg—free enterprise capitalism. By raising taxes and regulations on the wealthy and corporations, they motivate companies to leave. Those companies that remain are incentivized to search for ways to succeed without taking on the burden of higher wages and expanded benefits that Democratic policies have created.

In a recent interview, the eminent British physicist Stephen Hawking made headlines by claiming that the development of artificial intelligence and intelligent machines could pose a real threat to mankind.

Hawking told the BBC, "Humans, who are limited by slow biological evolution, couldn't compete and would be superseded. The development of full artificial intelligence could spell the end of the human race. It would take off on its own, and re-design itself at an ever increasing rate." Are you ready for Terminator taking your job?

According to a BBC report, Oxford University researcher Dr. Carl Frey has “predicted that work automation put up to 47 percent of existing U.S. jobs at ‘high risk.’” This could take decades to impact those kind of numbers, but the more that politician’s talk about raising wages and benefits because all workers are entitled, the more citizens are deluded. Counting on government entitlements just takes away their own need to reinvent themselves for a future that will demand that workers add real value.

Socialism has never worked, and it never will. Free government goodies are never really free. Take responsibility for your own future by making American freedom and free enterprise work for you and your family. Dr. Fry admitted, “Some thrive with new changes and others don't. It all depends on how you adapt." Do you want to help invent a future that makes room for people, not just machines? Do your part to earn your version of the American Dream and stop voting for politicians who create more dependence while stifling economic opportunity.