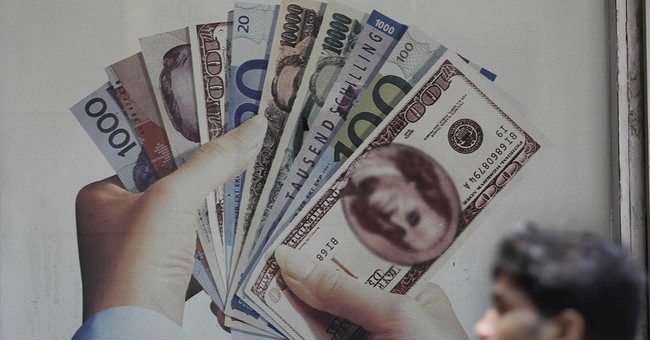 If someone stole your identity and started using your credit for a spending binge, would you fight them? Would you immediately call your credit card company and try to cut off their access? Darn right, and you'd do whatever you could and proudly take the blame for stopping them. That's what conservatives have been doing!

Washington doesn't "earn" it's own money. Washington takes money in the form of taxes and fees under penalty of imprisonment for non-payment or it prints money and takes on debt to be paid later. Washington has been taking your credit and spending money you or your offspring will someday have to pay. Is it any wonder that conservatives have worked to get our federal budget back on sound footing?

To add to our debt, Washington liberals have taken over healthcare requiring you to buy what it says is good for you at an increased price while giving waivers to a select few supporters, stipends to politicians and their staffs, and a one-year delay in business enforcement. And if you don't have acceptable coverage, the IRS will make sure you pay an increasing penalty until you comply. Of course, this expensive entitlement is supposed to be good for you and America.

The rollout of Obamacare has been the train wreck predicted. Website access has been a disaster. When websites are up, citizens are forced to give extensive personal information before being confronted with the rate shock of expensive plans they can't afford.

You better enjoy the "blessing" of Obama's "free" healthcare, because the Obama police are getting ready to come after you if you aren't enrolled by January 1st. Do you think they will be this ineffective in having the IRS fine you if you can't find a policy you can afford?

Dr. Ben Carson hasn't held back when discussing Obamacare. The former Johns Hopkins neurosurgeon said the Affordable Care Act is the “worst thing that has happened in this nation since slavery. And, it is slavery in a way because it’s making all of us subservient to the government. And, it was never about health care; it was about control.”

Unfortunately, too many GOP "conservatives" who ran on fiscal restraint seem to be afraid of their own shadow. Like Ben Carlson, Ronald Reagan had the courage of his convictions. When liberal reporters would challenge one of his actions--"You did this didn't you?" He'd consistently reply, "Darn right, and I'd do it again." When he'd take responsibility for his actions without denying or apologizing, the liberal, mainstream media would scurry away to find some attack that would work.

So when the GOP was "blamed" for the shutdown and failure to extend the debt limit, they should own it: "Darn right, it's stop big government now when we can still get control of our budget or stop it later when entitlements are further out of control. It's time to put an end to President Obama's blank check."

As then Senator Barack Obama said in March of 2006: "The fact that we are here today to debate raising America's debt limit is a sign of leadership failure. It is a sign that the US Government cannot pay its own bills. It is a sign that we now depend on ongoing financial assistance from foreign countries to finance our Government's reckless fiscal policies. Increasing America's debt weakens us domestically and internationally. Leadership means that, 'the buck stops here.' Instead, Washington is shifting the burden of bad choices today onto the backs of our children and grandchildren. America has a debt problem and a failure of leadership."

He was right then and wrong now. President Obama may claim he's won this round, but Americans will keep losing their freedoms and increasing their debt until voters and politicians go beyond words to put an end to Washington's blank check and entitlement giveaways. The fight isn't over. Demand more America.