A Call for Convicted Civility 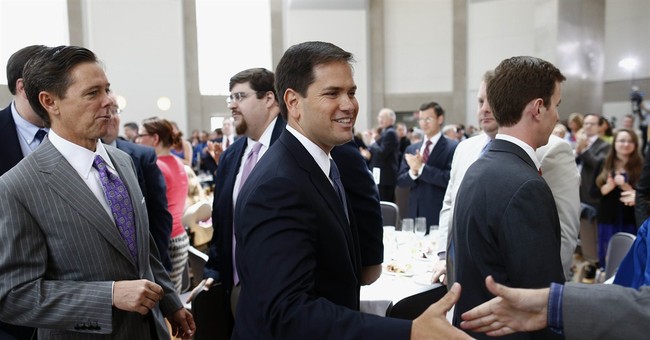 The future of any republic depends upon the active participation of an informed electorate. It's built on a patriotism laced with free disagreement and vital dialogue about our differences. It's not built on just "getting along" or "bipartisanship." It thrives when "convicted" citizens care enough to attempt to influence politicians and their neighbors on issues that matter.

Michael Novak, formerly with Washington’s American Enterprise Institute, has observed, “Our political institutions work remarkably well. They are designed to clang against each other. The noise is democracy at work.” Yes, freedom in action is noisy and at times uncomfortable. There is a natural tension between parties that acts like a pendulum--if either party goes too far from true north, the loyal opposition and concerned independents act to turn the tide. So, parties win. Parties lose. They seek common ground where possible. But it takes people being willing to take a stand on both sides of the divide to make America work.

Unfortunately, more and more Americans seem disengaged and uninformed about the political issues that shape their future. When comedians or talk show interviewers take to the street and ask average citizens about simple political issues or personalities, their answers are often sadly pathetic. They don't read about or listen to news about political issues. As Martin Marty might observe, they are civil but they lack knowledge or conviction.

One of the reasons people do not engage in political dialogue is not just the lack of information; they're turned off by the negative intensity of what passes as political talk in today's coarse cultural landscape. Talk shows thrive on conflict; the greater the conflict, the more people listen. It's the motivated and involved that write the reactions to the columns you read, but they often do so quickly without taking time to soften their choice of words or better formulate their criticism.

It takes a thick skin to take the arrows of attacks that come as a columnist or politician. Jack Kemp, football quarterback and politician, observed, “Pro football gave me a good perspective. When I entered the political arena, I had already been booed, cheered, cut, sold, traded and hung in effigy.”

Unfortunately, when others see the scathing letters to the editor or hear the heated exchanges on the radio, they disengage. Fearful of such reactions, they observe and remain silent. To avoid conflict, they spend their time with people they already agree with and never test their opinions against the questions or assertions of someone who just might disagree. Such lack of "convicted civil" dialogue hurts us as a country.

Leave it to Harry Truman to bring a little honesty to politics. He observed, "Whenever a fellow tells me he's bipartisan, I know he's going to vote against me." Adlai Stevenson, the Democratic Presidential candidate in 1952, made a tongue-in-cheek campaign promise that made fun of campaign politics: "I offer my opponents a bargain: if they will stop telling lies about us, I will stop telling the truth about them."

In the same vein, when a politician calls for the other party to be "nonpartisan," what he's really asking is for them to accept his "balanced" position. True calls for collaboration are never invitations to capitulation.

Hopefully, good diplomacy is not about just getting your way. Will Rogers would say, "Diplomacy is the art of saying 'nice doggie' until you can find a rock." That may win a few battles, but it is a sure way to lose the war. Winners never always win because losers never forget. Effective leaders search for workable cooperation where both contribute to a solution.

Passing Obamacare without any Republican support invites partisans to focus more on repeal than support. When President Obama complains about Republican obstructionism and negative comments about his administration, I'm reminded of the words of Wes Purden, “Any politician who criticizes another politician for being negative is like a man going to a bordello and criticizing the woman for being scantily clad.”

Over the years, I have persevered beyond the first emails with many who have vehemently criticized my column. I'm better for those exchanges. I hope they feel the same way. I end as I often do in such correspondence, "Even though we disagree on this, I'm sure glad we live in a country where we are free to disagree and not get killed on the public square because of it." May that always be so!