Join the Proud Party of No 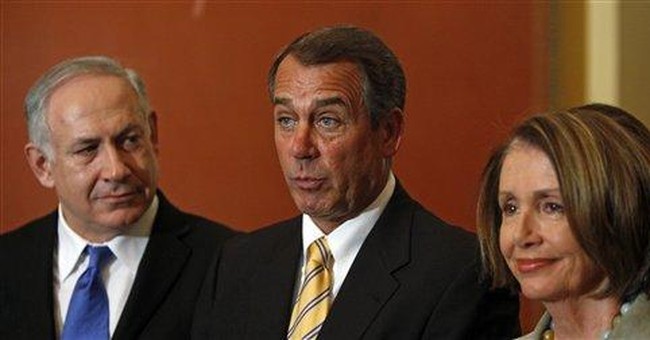 Saying “NO” repeatedly as a good parent helps shape a narcissistic, me-oriented baby into a responsible, ethical, and caring adult. No child will thank you the next day for discipline or for denying requests. But, later in life, children come to appreciate the limits and grounding that helped shaped the responsible habits and character that they now treasure.

“NO” is an essential message our courts provide to reinforce the Constitutional limits on eager politicians who want to please their own constituents by passing laws and programs that impinge on the rights of one group to better another. Our Founding Fathers were wise enough to reinforce equal rights for all. One citizen’s desire for change was not to negate the equal Constitutional rights of another no matter how many citizens wanted it to be so.

The late management expert Peter Drucker loved to say, “The essence of strategy is denial.” It’s what you say “NO” to that allows you to have the time, money and resources to focus on what truly is essential and strategic. Budgets force you to prioritize and make the tough choices involved in continuing to invent a profitable future. There is a sign on the wall of the CA State Finance Department that reads, “Nothing inspires genius like a tight budget.” They should have been putting that into practice twenty years ago!

The Democrats love to say that Republicans are the “Party of No” and would return America to the failed policies of the past. It’s about time Republicans actually live up to that label and embrace it! America desperately needs more politicians capable of saying “NO!” They should be proudly repeating it in the Houses of Congress and in every campaign speech. We wouldn’t be returning to failed policies; we’d be returning to the founding principles and free-enterprise system that made America the shining city on the hill.

Have you been reading the polls? Americans are fed up with big government, big spending and the big taxes that are required to feed the monster our elected politicians have created and the current administration is expanding. The Tea Party faithful are taking that message to the streets and to the voting booth.

Intel CEO Paul Otellini's remarks at this month’s Technology Policy Institute's Aspen Forum warned that unless government policies are altered, "the next big thing will not be invented here. Jobs will not be created here." The U.S. legal and political environment has become hostile to business. Washington is piling on more taxes, more regulation, more litigation and benefit costs, and greater uncertainty about the climate going forward. They do all this while saying that they are “pro-jobs.” Otellini singled out the policies of Democrat-controlled Washington, saying: "I think this group does not understand what it takes to create jobs. And I think they're flummoxed by their experiment in Keynesian economics not working…. They're in a ‘Do’ loop right now trying to figure out what the answer is."

The basic assumption of the left is that government must “DO” something, provide something, control something, tax something, regulate something, or spend something, or it isn’t doing its job. Some Republicans have been intimidated into believing that they too must spend and provide more to get elected. The conservative policy of spending less, regulating less, hiring fewer government workers, and taxing less is not even an option these politicians consider. To a liberal, America has problems that only government can fix.

Democrats seem to think that they know better than you how to spend your money. The money you could be spending on products and services could help revitalize and fuel the private sector growth that would mean more jobs and prosperity. Instead, that money is being taken from you to create a bigger more intrusive government. As Dennis Prager is so right in saying, “The bigger the government, the smaller the individual.” We the people aren’t protecting our freedom; we’re inviting tyranny if we don’t start saying NO, ENOUGH, STOP!

Never has President Ronald Reagan’s statement in his first inaugural address been more true: “Government isn't the solution to our problems, government is the problem.” Washington and our struggling state governments need a strong dose of “No.” Every time more money is spent, they are reaching deeper into your and future generation’s pockets to feed the problem not the solution.

America has always been about business, innovative and successful small businesses that have fueled our next wave of prosperity. America needs a strong, vibrant private sector made up of small and big businesses that have weathered downturns and earned success, not hand-picked “too big to fail” fat cats who have been propped up with your tax money.

The answer for our ills is not bigger government, it is empowered individuals, caring communities, and competitive businesses working together to invent an even better America. It’s worked in the past, and, God willing, we will send a message this November to ensure that it will work for generations to come. Had enough? Join the Party of No!