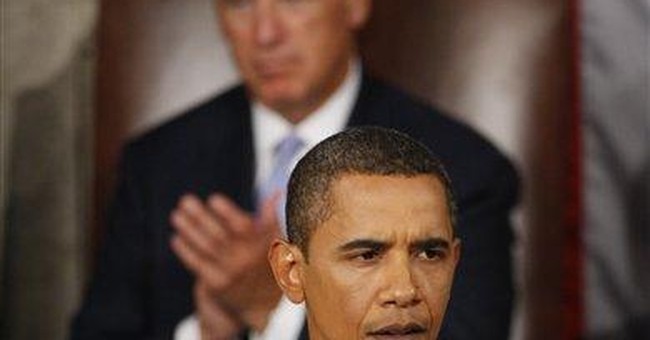 President Obama has called for a half-day, bipartisan healthcare summit at the Blair House on February 25th, “I want to…have a large meeting, Republicans and Democrats, to go through systematically all the best ideas that are out there and move it forward.” But the President refuses to start from scratch, and Republicans fear that a half-day event focusing on thousands of pages from a rejected healthcare plan is nothing more than a political trap. Is it time to move beyond complex, expensive healthcare fixes and “recall” America’s healthcare system to make the systemic changes that are necessary?

Toyota has finally faced the need for an agonizing series of recalls and production shutdowns to make the system and assembly changes that are providing real solutions. But as PR expert Albert Tortorella observed, "Before 1982, nobody ever recalled anything. Companies often fiddle while Rome burns." What really makes mistakes expensive is not admitting them right away. Leaders have a tendency to never admit to mistakes but to bury them instead or to blame someone else. They often don’t act until 60 Minutes or lawsuits provide the motivation. Politicians tend to do the same thing, but it’s time to face the need for systemic changes that should have been done years ago.

Obviously, there are no easy fixes. Ultimately, politicians will need to address realistic tort reform, uniform digital records, sane regulatory controls, and coverage for the truly poor. But first, it’s time for government and corporations to get out of the middle. It’s time to put every citizen back in control of their own portable healthcare plan.

Too many Americans are stuck in jobs they hate because they can’t afford to be stuck with expensive COBRA policies they can’t afford. Once coverage is lost, they face underwriting exclusions for the very things they need coverage for. The cost of healthcare coverage for companies and organizations continues to grow at a double-digit rate at a time where everyone is trying to cut costs. Citizens and organizations are both living an exploding healthcare nightmare.

Before World War II, people paid their own medical bills, just as they paid their rent or mortgage payment, bought their own food, and paid for whatever else they wanted. After World War II, the government imposed wage and price controls. Companies who wanted to hire and reward good employees were forbidden to offer higher wages, but they could offer health insurance coverage and call it a business expense instead of a wage. Today, as a result, most medical treatments are paid by third parties, employer-funded insurance or government coverage. The people who are paying for the care are not the people who are using it. The current healthcare model isn’t working, and planned changes just put more bureaucracy and costs between your money and the healthcare services you need.

It’s time to put every American citizen on equal footing with access to the same healthcare coverage opportunities. The money invested in any healthcare benefit that currently comes to you as part of your employment would come to you as added income, and you, not the organization, would own your policy and any tax incentives the government provides. Portability would be ensured because you would own and control your healthcare plan and choices.

Insurers competing across state lines for your healthcare insurance business would have to include a Plan A—a basic, no frills major medical coverage to protect you from catastrophic medical problems. After a certain preset, annual deductible amount, all costs would be paid. No insurer would be allowed to deny coverage for this plan and a waiver of premium component would be included to cover citizens who are unemployed for up to a year. Following the Swiss model, the government could provide secondary insurance to minimize the risk insurance companies would have to shoulder covering all Americans.

If you wanted more coverage, you could add supplemental plan that fits you. But buying insurance to cover all your healthcare costs is no more necessary than having your auto insurance pay for normal maintenance.

There’s an added benefit. When it’s your policy and you pay for your own healthcare, you’ll take your healthcare choices more seriously. Sites like www.pricedoc.com will emerge to help you find the best healthcare services for you. That competition will help improve healthcare quality and help control costs. This already works in holding down the cost for cosmetic surgery not covered by insurance.

The government could provide tax incentives to support your major medical plan and a Medical Savings Account, or MSA. The MSA would allow you to make pre-tax contributions to an interest-bearing account. When minor medical needs arise, you could write a check from that account to pay for what is needed. You could go to your favorite doctor or go to a less expensive clinic. If you didn’t use all your funds for the year, you could roll those funds forward for future healthcare needs.

In short, let’s get radical. It’s time to put you back in control of your own healthcare.