Does Alien Caught at Border Have Right to Bear Arms?

Terry Jeffrey
|
Posted: Jul 12, 2018 12:01 AM
Share   Tweet
The opinions expressed by columnists are their own and do not necessarily represent the views of Townhall.com. 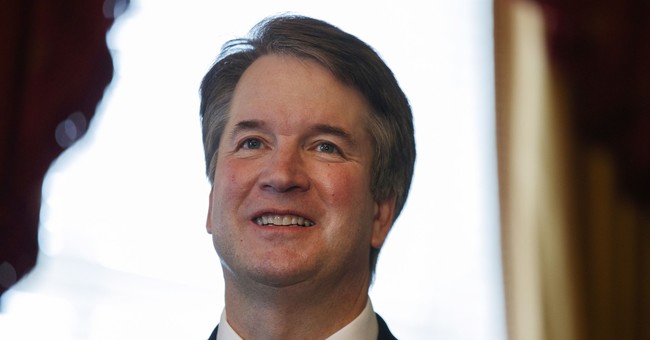 Does a detained alien caught illegally crossing the border have a right to bear arms, contribute to Nancy Pelosi -- or kill an unborn child?

Last September, 17-year-old "Jane Doe" was caught illegally crossing into the United States. She had left her parents behind in her native country where abortion is illegal.

Following normal procedure, the Office of Refugee Resettlement took custody of this girl, put her in detention and gave her a medical exam. She was eight weeks pregnant.

She demanded an abortion.

The ORR, which under the Trump administration has adopted a policy of not "facilitating" abortions, declined to let her out of detention for that purpose.

The American Civil Liberties Union sued the government on Jane Doe's behalf. It argued that Planned Parenthood v. Casey -- the 1992 opinion co-authored by Justices Anthony Kennedy, Sandra Day O'Connor and David Souter -- gave Doe a right to an abortion in the United States and that the government was violating that right by placing an "undue burden" on it.

The administration offered a weak rebuttal. It assumed (without conceding the point) that Casey applied to the novel case of an alien caught at the border who demands an abortion. But it argued that ORR policies did not place an "undue burden" on Doe's "right" to an abortion.

Nine states -- led by Texas -- made a stronger argument. They said Supreme Court abortion precedents did not apply.

"If on the facts of this case Doe has a Fifth Amendment right to an abortion, it is hard to imagine why she could be denied any other constitutional rights -- such as the Second Amendment right to keep and bear arms," they said in an amicus.

"Yet courts have consistently rejected the notion that unlawfully-present aliens with no substantial connections to this country are protected by the Second Amendment," the states said.

When the case ultimately went before the full appeals court, the majority accepted the ACLU's argument.

Henderson smacked the department for evading the fundamental question.

"Does an illegal alien who attempts to enter the United States eight weeks pregnant -- and who is immediately apprehended and then in custody for 36 days between arriving and filing a federal suit -- have a constitutional right to an elective abortion?" Henderson wrote.

"The government has inexplicably and wrongheadedly failed to take a position on that antecedent question," she said. "I say wrongheadedly because at least to me the answer is plainly -- and easily -- no."

To back her argument that the court must decide this, Henderson cited Chief Justice John Roberts' concurring opinion in Citizens United v. FEC: "There is a difference between judicial restraint and judicial abdication. When constitutional questions are 'indispensably necessary' to resolving the case at hand, 'the court must meet and decide them.'"

Henderson said her opinion that an alien caught illegally crossing the border did not have a right to abortion in the United States was based on Supreme Court precedents addressing the rights of aliens.

"If the Due Process Clause applies to J.D. with full force, there will be no reason she cannot donate to political campaigns ... inasmuch as freedom of political expression is plainly fundamental to our system of ordered liberty," Henderson said.

Kavanaugh admitted that "this case presents a new situation not yet directly confronted by the Supreme Court." But then he adopted the Justice Department's argument and "assumed" Casey applied to an alien caught illegally crossing the border.

"All parties to this case recognize Roe v. Wade and Planned Parenthood v. Casey as precedents we must follow," Kavanaugh wrote. "All parties have assumed for purposes of this case, moreover, that Jane Doe has a right under Supreme Court precedent to obtain an abortion in the United States."

Kavanaugh wrote that the majority's decision was "ultimately based on a constitutional principle as novel as it is wrong: a new right for unlawful immigrant minors in U.S. government detention to obtain immediate abortion on demand, thereby barring any government efforts to expeditiously transfer the minors to their immigration sponsors before they make that momentous life decision."

Kavanaugh further argued that by assuming Casey applied to detained aliens -- as the government did -- it must be conceded that such an alien may eventually need to be granted an abortion in federal detention.

Kavanaugh did not address the question of whether the government must allow her to buy a gun -- or send a check to the House minority leader.