Terry Jeffrey  |  Mar 13, 2013
The opinions expressed by columnists are their own and do not necessarily represent the views of Townhall.com.
Top Columns
Trending on Townhall Media

Democrats Hate Being Held to Their Own Standards: Committee Assignments Edition Guy Benson
Not so long ago in this republic, most parents of school-age children would frequently visit grocery stores where they would use their own money to buy things like peanut butter and jelly, and bologna and cheese to make lunches for their kids to haul to school in brown paper bags.

It was an American tradition.

Now, like other great things about America, brown-bag lunches are being driven to extinction by politicians seeking inordinate government control over our lives.

In fiscal year 1969 (which started in 1968), there were approximately 47,906,000 American children enrolled in elementary and high schools, according to the U.S. Census Bureau. During the average school month in that year, according to the U.S. Department of Agriculture, approximately 19,400,000 of these students ate lunches subsidized by the National School Lunch Program.

That means that in 1969, about 40 percent of all elementary and high school students ate federally subsidized lunches.

While the inflation-adjusted cost of the school lunch program has increased sevenfold over four decades, there has been a cultural cost, as well.

In the America of brown-bag school lunches, the lunches that were lovingly put in the bags were generally not only bought and paid for by moms and dads, they were made and packed by moms and dads.

But concomitant with the rise of the federally subsidized lunch, there has been a decline in moms and dads.

Politicians may present the federal school lunch program as an act of compassion that they sincerely support with other people's money. It is in fact a weapon liberals employ in their war against the family.

The strategic question is this: Who is going to raise, be responsible for and instill fundamental values in future generations of Americans? Will it be parents or the state?

Modern American liberals want the state to take custody of children from the earliest possible moment. In their vision of society, the state will feed and educate the child in exchange for the child's soul.

And who is more likely to teach children to love what is true and beautiful and to instill in them the spirit of self-reliance that made America prosperous and free? His or her mother and father? Or the people who have created and maintain a school lunch program that now transfers to school administrators a portion of the hard-earned wages of that minority of parents who still lovingly pack the brown bags for their own children each morning before school? 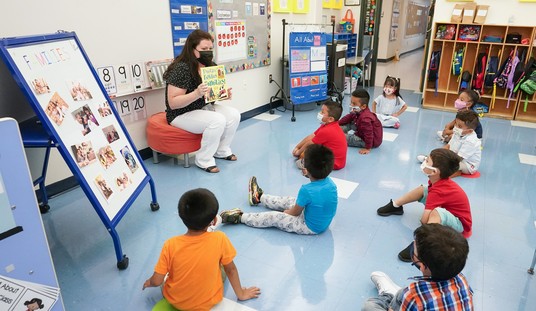