Hating the Constitution 101: The Common Core on the Nation’s Founding 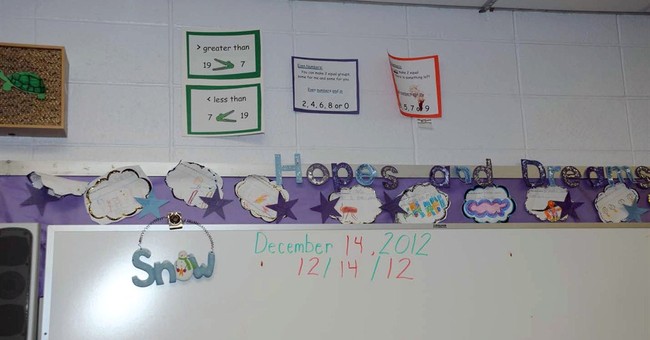 Is despising the Constitution and the men who made it one of the new “standards” in the Common Core State Standards that prevail over the curriculum and testing of public schools in forty-five states in the nation? A candid look at the documents of the Common Core will reveal that whatever the professed “standards,” there is a clear political agenda behind the façade of school reform.

A casual reader of the Common Core English Standards will note that parts of the Constitution are recommended at the middle-school level and again in the high school. Under the 6th-8th-grade range for History/Social Studies, the document states “United States. Preamble and First Amendment to the United States Constitution (1787,1791).” For the 11th-12th-grade range under the category of English Language Arts one finds “United States. The Bill of Rights (Amendments One through Ten of the United States Constitution).” Here the questions ought to begin. Why do “standards” ostensibly for English dictate what gets done in a history class? Why is only the First Amendment read in middle school? Why not the Second? Why not the Tenth? Will the Constitution ever be read in its entirety? Why would you ever read the Constitution (or parts of it) in an English class? Will not junior and senior English be taken up with really long novels, great plays, and maybe even an epic or two? How would there be time?

There are answers to these questions that would require us to dive into the mysterious workings of the Common Core. Suffice it to say that there is something quirky about the way the Constitution is presented in the list of recommended readings. Unfortunately, at the moment most state legislators simply see the words “Constitution,” “Bill of Rights,” “History/Social Studies,” and “English Language Arts,” and are satisfied. They sing the tired refrain that the Common Core is only a “base,” and promise that the bureaucratic wizards in their own state departments of education will do wonders in erecting a model curriculum on this foundation.

Legislators and citizens and self-professed school reformers should read a little more into the document. An inch and a half below the listing of the Preamble and First Amendment for the middle school, we find recommended “Monk, Linda R. Words We Live By: Your Annotated Guide to the Constitution.” That leads us to page 95 of Appendix B of the Common Core English Standards (available online), where we find this selection from Monk:

The first three word [sic] of the Constitution are the most important. They clearly state that the people—not the king, not the legislature, not the courts—are the true rulers in American government. This principle is known as popular sovereignty.

(Other than the careless editing on the part of the Common Core authors and the fact that in 1787 there was no longer a king in American government, so far so good. But Monk continues.)

But who are “We the People”? This question troubled the nation for centuries. As Lucy Stone, one of America’s first advocates for women’s rights, asked in 1853, “‘We the People’? Which ‘We the People’? The women were not included.” Neither were white males who did not own property, American Indians, or African Americans—slave or free. Justice Thurgood Marshall, the first African American on the Supreme Court, described the limitation:

For a sense of the evolving nature of the Constitution, we need to look no further than the first three words of the document’s preamble: ‘We the People.’ When the Founding Fathers used this phrase in 1787, they did not have in mind the majority of American citizens . . . The men who gathered in Philadelphia in 1787 could not . . . have imagined, nor would they have accepted, that the document they were drafting would one day be construed by a Supreme court to which had been appointed a woman and the descendant of an African slave.

So there you have it: your annotated guide to the Constitution, or what the authors of the Common Core want the young people of this nation to think about the Constitution. In simpler terms, the Founding Fathers were racists and male chauvinists and therefore the nature of the Constitution must be “evolving.”

It would take up too much space to expose these lies and half-truths (as I do in my book The Story-Killers and as Tom West does at much greater length in Vindicating the Founders). Let us simply notice that if the students were invited to read even as far as Article I, Section 2, they would see that the franchise for electing Representatives was left up to the states; thus the Constitution did not prevent anyone from voting, much less from being considered among “the People.” A little teaching of history would reveal to students that in some states both women and free black men were voting at the time the Constitution was written and ratified, and many of the Founders themselves worked to remove remaining property qualifications in the states. No doubt the Framers would have objected to a woman or the descendant of an African slave—or any white male, for that matter—“construing” the Constitution in the way Justice Thurgood Marshall often did (Roe v. Wade, Furman v. Georgia, etc.)

Perhaps this introduction to the nation’s foundational law is just an editorial accident. Let’s give the Common Core another crack at the Constitution. On the page following the recommendation of the Bill of Rights in high school, the authors of the Common Core also recommend as an informational text in History/Social Studies Akhil Reed Amar’s America’s Constitution: A Biography. We are given a brief and heavily edited selection from this book on p. 176 of Appendix B. (Recall that the Constitution as a whole is not recommended.) What do we learn?

These two small problems [referring to aspects of the apportionment clause], centering on the seemingly innocent words “among” and “Persons” quickly spiral out into the most vicious words of the apportionment clause: “adding three fifths of all other persons.” Other persons here meant other than free persons—that is, slaves. Thus, the more slaves a given state’s master class bred or bought, the more seats the state could claim in Congress, for every decade in perpetuity.

The Philadelphia draftsmen camouflaged this ugly point as best they could, euphemistically avoiding the S-word and simultaneously introducing the T-word—taxes—into the equation . . .

Although I have not quoted the whole selection, this excerpt combined with the other brief passages do not constitute anything remotely close to a full explanation of the apportionment clause or the three-fifths compromise. That is not the purpose of the selection. Rather, the purpose of the selection, taken wholly out of context and without any attempt even to read the appropriate section of the Constitution, is simply to drop the bombs of “vicious,” “master class,” “camouflaged,” and “ugly” on the Constitution and the Founding Fathers in the nation’s public schools. If the Constitution is an inherently flawed document, then it must evolve, as Thurgood Marshall told us. If the Founding Fathers themselves were racists, we in the present do not have to listen to them—on matters relating to liberty or justice or government or education or anything else.

But the three-fifths compromise was ugly, you may say, and it was deceptive to “camouflage” it. That is one reading. But another fairly prominent interpreter of the Constitution took a different tack:

In all three of these places, being the only allusions to slavery in the instrument [the Constitution], covert language is used. . . . And I understand the contemporaneous history of those times to be that covert language was used with a purpose, and that purpose was that in our Constitution, which it was hoped and is still hoped will endure forever—when it should be read by intelligent and patriotic men, after the institution of slavery had passed from among us—there should be nothing on the face of the great charter of liberty suggesting that such a thing as Negro slavery had ever existed among us.

That is the interpretation of Abraham Lincoln. Whom should we trust in our reading of the Constitution, Abraham Lincoln or Akhil Reed Amar? The Common Core does not even give us the courtesy of that choice.

Do not be fooled. If the purpose of including “informational texts” and “literary non- fiction” in the Common Core were to improve students’ thinking and to enlarge their understanding of their duties as human beings and citizens, then students’ reading of the entire Constitution would be supplemented by selections from The Federalist, Justice Story’s Commentaries, and speeches of Lincoln. So far from this sensible approach, the Common Core legitimates a common practice of the textbook editors: bringing in recent scholars to offer “insights” into the Declaration of Independence, the Constitution, civil rights, McCarthyism, and so on. These scholars are almost invariably liberal ideologues or are at least made to look that way. Thereby the architects and advocates of the Common Core can claim the “standards” require students to learn the Constitution when in reality the Constitution and everything the Founding Fathers stood for—especially self-government—are being systematically undermined. Clearly, this is not education. It is indoctrination, pure and simple.