The Uncivil War Among Women 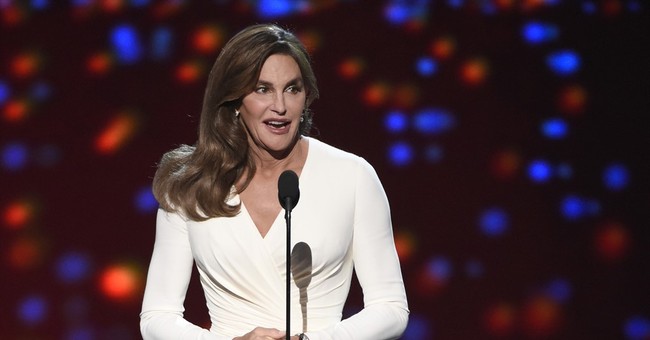 Trending
The PC culture, writing the politically correct rules on everything everywhere from the bedroom to the boardroom, is about to implode. When that happy day arrives, and all this nonsense goes up in smoke, credit should not go to Donald Trump, the angry warrior against all things PC. No, when you want the job done right, you have to call a woman. The feminists are locked in a ding-dong war.

Glamour magazine, a journal not so much about feminine glamour as how young women can deal with their insecurities in the millennial age, set up the implosion -- perhaps explosion is more accurate -- with the announcement that it would name Caitlyn Jenner one of its "women of the year" in the November issue. The other woman is actress Reese Witherspoon.

The news brought feminine anger to a boil. Some women, most prominently 76-year-old Australian feminist icon Germaine Greer, scoff that the choice is a betrayal of real women. Some women feel differently. Most of these women are younger, with no memory of the women's liberation movement (at a time when Texas country singer Kinky Friedman sang, "Get your biscuits in the oven and your buns in the bed / Women's liberation is going to your head"). They recently demanded that Cardiff University in Wales cancel Greer's scheduled speech there, entitled "Women & Power: The Lessons of the 20th Century."

This is what our parents (who were so 20th century) would have called a "catfight at the not-so-OK corral." Modern women wouldn't be caught dead at that corral, but what the diplomats call an exchange of views has turned hot, heavy and ugly, even "vulgar," just when we thought the very concept of vulgarity had been abandoned, left wounded and bleeding, in that benighted century.

The controversy has quickly focused on Greer, whose book "The Female Eunuch" became a bible of spirited feminism in the 1970s. Back then, Greer was celebrated as the liberated woman a lot of women thought it might be fun to be.

She accuses Glamour magazine of "misogyny," and observes that Caitlyn Jenner has not had transgender surgery, and besides, transgender men-to-women are "not women and do not look like, sound like or behave like women." Greer feels that giving Jenner this award supports the notion "that a man who goes to these lengths to become a woman will be a better woman than someone who is just born a woman."

Other women rushed to share her point. The writer Nicole Russell says, "Glamour endorses the idea that men are better at being women than we are." New York magazine's cover of transgendered Martine Rothblatt as "the highest-paid female CEO in the nation," she argues, seems to make the point that "real women can't cut it, so we've got to import men into our ranks to win awards."

Germaine Greer was accused of "hurtful comments," a claim she robustly dismisses as childlike and irrelevant. "Try being an old woman," she says. "For goodness' sake, people get hurt all the time. I'm not about to walk on eggshells."

Eggshells, in fact, are what the age insists that we all walk on, carefully and all the time. The year 2015 will be remembered as the year we trashed all things Southern and set out to eliminate all traces of important parts of our history, measured our words in fear and embraced the yearning to be what we aren't, the year the culture set out to die ignobly in the search for ways to be victims.

Anyone who uses the words bossy, silly, hysterical or shrill to describe any woman who might "in fact be bossy, silly, hysterical or shrill, or mentions that women bear children, or fails to mention that women bear children," writes Carrie Lukas of the Independent Women's Forum, invites the wrath and terror of the feminist police.

Someone from another planet to investigate the strange noises on Earth would be astonished to learn that so much of that noise is made by so few. A review by the Williams Institute, cited in the Gallup Poll in 2012, found that only 3.4 percent of all American adults identify themselves as being lesbian, gay, bisexual or transgendered, and only 0.3 percent say they are transgendered.

Campus feminists, like those who demand that Germaine Greer be banished from Cardiff, are the leaders in stamping out diversity in American universities, forcing their betters to rescind speaking invitations to the likes of Condoleeza Rice, Christine Lagarde, Christina Hoff Sommers and Ayaan Hirsi Ali -- powerful, accomplished women all.

"You fight your way from the trenches to the throne," says the feminist author Kaite Welsh, "overthrow the regime and set about remaking the world in your own image, only to realize that you have become the only thing you most despise." Will a little learning be the beginning of wisdom?