We, the Almost Chosen People 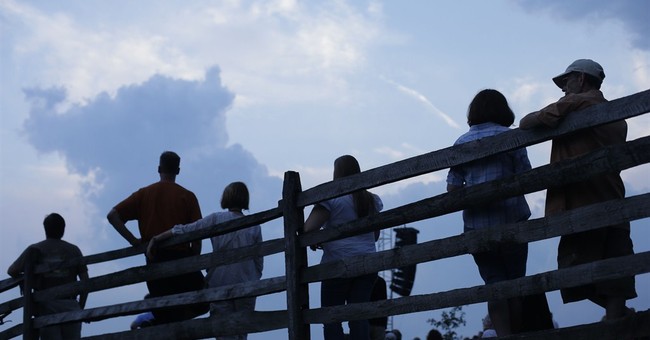 The Fourth of July is the highest of the holy days of America's civil religion. We "worship" in outdoor pews, at the barbecue grill with hamburgers and hot dogs. Our civil hymns celebrate America the beautiful, the grand old flag and the dawn's early light. Marching bands inspire the congregation with parades down Main Streets from coast to coast, as we beseech God's blessings on America with anthems of hope, unity and gratitude for the democratic spirit that sustains our nation.

The civil "bible" is the Constitution, our catechism the Declaration of Independence. As in Genesis, we had our Cain in the form of slavery, and the impulse to right that gross injustice sprang from deep in the nation's soul, so that freedom would inevitably expand to include everyone.

Robert N. Bellah, the sociologist, christened "The American Civil Religion" a half century ago, inspired by John F. Kennedy's inaugural address recalling the language of the Declaration of Independence: "For I have sworn before you and Almighty God the same solemn oath our forebears prescribed nearly a century and three quarters ago." This civil religion includes beliefs, symbols and rituals with the call to bear the burden to defeat the common enemies of man, "tyranny, poverty, disease and war itself."

Civil piety is in the tradition of Benjamin Franklin, who wrote in his autobiography that "the most acceptable service of God was the doing of good to men." The Pulitzer Prize-winning historian Walter A. McDougall recalled that Tom Paine's famous pamphlet "Common Sense" echoes Moses instructing the Israelites about to enter the Promised Land to honor both the Lord and the Law. George Washington, in his first inaugural address urged his countrymen to show "pious gratitude."

The Declaration of Independence includes four references to God, beginning with the celebrated observation that all men "are endowed by their Creator with certain inalienable rights." Such sentiments shaped the thoughts of the Founding Fathers without reference to a specific religious denomination, but to common ideas familiar from the Old Testament and ancient Israel. Lyndon Johnson in his inaugural address told how our early immigrants made their covenant with the land "conceived in justice, written on liberty, bound in union ..." The first pilgrims considered their exodus across an unforgiving sea an escape from a king who granted no religious liberty.

With our separation of church and state, the civil religion is not theological, but a philosophical umbrella to unite people of faith and of no faith to enjoy what George Mason described as "the fullest Toleration in the Exercise of Religion." It was Mason who wrote Virginia's Declaration of Independence, tracing the rights of life, liberty and the possession of property to "God and Nature, vested in, and consequently derived from, the People." The city on a hill was built with the hard work of those whose faith in God enabled them to bring forth on the continent the new nation conceived in liberty.

Our ideals were forged, as the British historian Paul Johnson observes, in a "traditionless tradition," with religion arriving without structural hierarchies. The new world offered a fresh start with the self-evident conviction that all men are created equal, even though for a time we honored that only in the breach.

Abraham Lincoln caught the spiritual nature of America with the wit and insight that Americans are "the almost chosen people," flawed but striving to do and be better. He delivered that observation on his inaugural journey to Washington, stopping in New Jersey to address the legislature, recalling the state's Revolutionary War battlefields where many gave their lives so the nation might live. He referred to himself as the "humble instrument in the hands of the Almighty ... for perpetuating the object of that great struggle."

This week we observed the 150th anniversary of three bloody days at Gettysburg. The men who fought there knew they might not see another Independence Day. They nevertheless gave the last full measure of devotion with neither reluctance nor complaint.

American soldiers stand on foreign soil to fight once more to guarantee our freedom and liberty, this time against enemies who plot against us because they despise what the Declaration of Independence and the Fourth of July are all about. We pray for their safety and cherish their willing sacrifice to guarantee the freedom to worship as the heart dictates, not as harsh instruction of government. The rockets' red glare that lights up the night sky of a glorious Fourth is the reflection of grateful hearts, recognition of our blessings and the faith of our Founding Fathers.