Susan Stamper Brown
|
Posted: Jun 07, 2017 12:01 AM
Share   Tweet
The opinions expressed by columnists are their own and do not necessarily represent the views of Townhall.com. 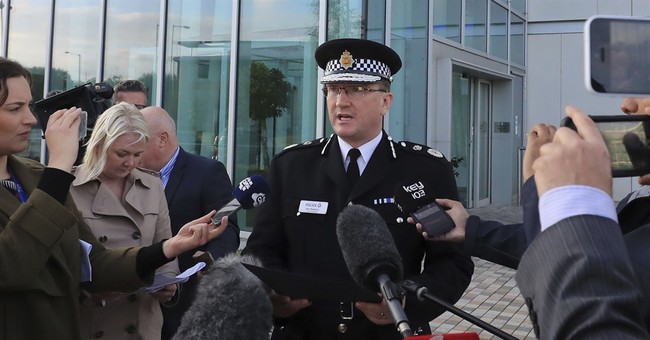 In 1997, Osama bin Laden said on CNN, “We declared jihad against America because America is unjust, criminal and tyrannical.”

Bin Laden’s sentiment for America differs little, if any, from how leftists feel about America today. Maybe that’s why a leader like Donald Trump who vowed to “Make America Great Again” is met with great resistance.

Consequently, we’ve seen a disturbing alliance between the American left and the Muslim right (extreme). On

Nomani said, “The American left and its rabid hate for Donald Trump has just aligned themselves with somebody who is very counter to cohesion in America.”

Nomani’s statement begs the question: Are leftists more comfortable with Sharia law than American values and the United States Constitution?

Nomani’s explanation may also shed light on why comedian Kathy Griffin thought it was okay to channel the veritable evil of our day, the Islamic State, when she paraded around a fake, bloody and decapitated Donald Trump head.

Maybe that is why leftist judges felt free to block constitutional travel bans created to prevent what’s happening in Europe to happen here.

This could also explain why leftists in the media diverted attention away from the June 3 London attack by trashing Trump.

After the attack, Trump tweeted an appropriate message that America needs to get tougher on terrorism.

In short order, a savory CNN host named Reza Aslan, who once participated in cannibalism by eating human brain (not joking), called Trump “a piece of s**t” and an “embarrassment to America and a stain on the presidency.”

Trump also tweeted: “We must stop being politically correct and get down to the business of security for our people. If we don’t get smart it will only get worse.”

In response, MSNBC anchor Thomas Roberts said this: “The president doesn’t want us to be politically correct, right? So, let’s not be PC about this. Is the president trying to provoke a domestic terrorist attack with this twitter rant to prove himself, right?”

If Roberts really wanted to discuss presidents provoking terrorist attacks, he should have looked no further than former President Obama who not only provoked terror, he financed it, when he gave $150 billion to the mother of all terrorist states, Iran.

If Roberts really cared about what might cause domestic terrorist attacks, he’d recall the Obama administration kept its head in the sand when it came to potential terrorists. The Obama administration ignored communications exposing that both the Fort Hood shooter and the Boston Marathon bombers were radicalized human time bombs. Of course, Obama’s Department of Homeland Security made it their mission to remove references to the Muslim Brotherhood and radical Islam but had no problem calling pro-life advocates and military veterans potential terrorists.

Also consider how often leftists dance around motives or change the subject after terror attacks, even if terrorists shout their intentions for all to hear. In typical fashion, after the San Bernardino terrorist attack, President Obama “consoled” Americans by raking them over the coals for their own lack of tolerance. Following the Orlando Pulse nightclub massacre which was the deadliest attack on American soil post-9/11, leftists did their best to turn Omar Mateen into a self-hating homosexual although he pledged allegiance to the Islamic State. The FBI also confirmed Mateen was radicalized and under investigation.

Meanwhile, leftists are resisting Trump at every turn. If we are attacked, those blocking his efforts should be held accountable.