Susan Stamper Brown
|
Posted: Feb 06, 2017 12:01 AM
Share   Tweet
The opinions expressed by columnists are their own and do not necessarily represent the views of Townhall.com. 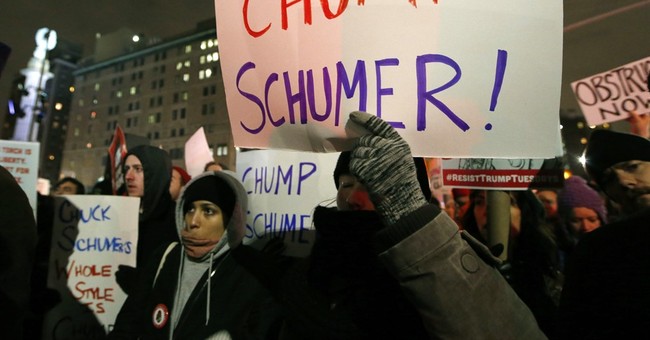 Have you ever noticed how often liberal feminists claim they speak for all women? They consistently insist their policy agenda is pro-female.

Call me naïve, but I believe liberals are about as pro-female as they are pro-choice. They claim to be pro-choice, but attempt to legislate everything under the sun, such as: soda sizes, guns, coal, car sizes, God, free speech, bathrooms, school choice, cake baking, salt, and cigarettes.

For them, pro-choice boils down to just two options: Whatever they demand and abortions.

If you don’t fit into their big-city-values club filled with metrosexual males, overaged hippies, smarter-than-thou professors, gang-bangers, brainwashed snowflakes and foul feminists, you’re out of luck. And if you say anything to the contrary, forget the First Amendment, you’re out of line.

That’s why my inbox overflows with emails from incensed leftists demanding, in no uncertain terms, and with lots of expletives, that I apologize for a few comments made about the abundance of overweight women at the post-Inauguration Day Women’s March against Donald Trump.

The march was co-organized by a woman named Linda Sarsour who once “referred to Sharia as ‘reasonable,’” CNS News reports.

Let that sink in for a minute.

Leftists should lay off the pettiness and focus on real women’s issues like the ones women’s right activist Ayaan Hirsi Ali talked about on Fox News with Martha MacCallum February 1. Ali said the march should have been focused on things like the “mass rapes” happening across Europe or genital mutilation or all the women kidnapped by ISIS.

MacCallum asked Ali, a victim of genital mutilation herself, about a now-deleted tweet preserved via screen-catch by the Women’s March co-organizer Linda Sarsour: “Brigitte Gabriel= Ayaan Hirsi Ali. She’s asking 4 an a$$ whippin’. I wish I could take their vaginas away – they don’t deserve to be women.”

“Ms. Sarsour is hostile to me,” Ali said, “not because she knows me, but because she’s a fake feminist. Sarsour is not interested in universal human rights.” Ali continued, “She’s a defender of Sharia law. She hates me because I expose what Sharia law is…no principle degrades and dehumanizes women more than Sharia law.”

Normal Americans had to endure the agony of watching women waddling around wearing pink “pussycat” hats to protest Donald Trump’s lewd joke to Billy Bush in 2005. And then we discover that the march’s co-organizer once tweeted she wants to remove another female’s body parts. A female who is a true women’s rights advocate, no less.

The Women’s March was supposed to welcome a cross-section of American women -- unless those women happened to be pro-life, and in that case, they were not welcome at all. Pro-life activist Kristina Hernandez described it as a “brutal day,” telling USA Today she “did not feel safe.” She said one pro-lifer was “spit at” and others endured verbal abuse. Hernandez said her sign was torn “in multiple pieces.”

This, my friends, is the face of feminism as defined by a Democrat Party so overtaken by extremism it has become the party of regression and oppression.

Allow me to clarify: Being pro-life doesn’t mean you are anti-woman; it means you are pro-all women, including unborn girls. It wasn’t a women’s march. It was some women’s march, just like the Democrat Party is some women’s party. Certainly, not mine.