In Wake of Baton Rouge, Like Lives, All Words Matter

Susan Stamper Brown
|
Posted: Jul 19, 2016 12:01 AM
Share   Tweet
The opinions expressed by columnists are their own and do not necessarily represent the views of Townhall.com. 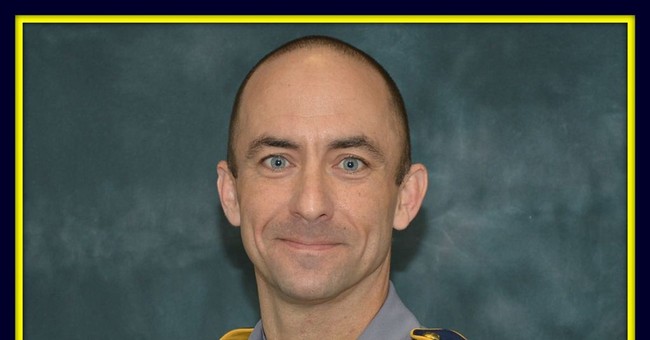 When we sow the wind, we should not be surprised when we reap a whirlwind.

And the whirlwind in which we find ourselves is a nation so filled with unchecked anger and hatred it seems we can’t go a week without a cop killing, this time in Baton Rouge.

In this age of instant news, people feel compelled to react instantly before facts come out, aided by race-hustlers who consistently fan the flame of division with inflammatory words and then step back to watch the world burn. In response to the Baton Rouge killings, President Obama lectured Americans must “temper our words and open our hearts.”

“It’s absolutely insane that we have a president of the United States and a [Democrat] governor of Minnesota making the statements they made less than one day after the police-involved shootings,” Loomis said, “And those police-involved shootings, make no mistake, are what absolutely have triggered this rash of senseless murders of law enforcement officers across this country. It’s reprehensible. And the president of the United States has blood on his hands that will not be able to come washed off.”

The damning comments Loomis referenced were Obama’s: “When incidents like this occur, there’s a big chunk of our citizenry that feels as if, because of the color of their skin, they are not being treated the same…” And Minnesota Gov. Dayton’s: “Would this have happened if the driver were white, if the passengers were white? I don’t think it would have.”

It’s as simple to understand as an indisputable law of the universe: cause and effect. Coddling groups conceived in and fostered by hatred will reap bloody-bad results.

And she’s right. In reality, though, all lives matter, but if you say that you’ll be labeled a racist. I suppose Jesus was also a racist in that he died for all, regardless of skin color. A song I learned as a kid went like this: “Jesus loves the little children, all the children of the world; red and yellow, black and white, they are precious in his sight; Jesus loves the little children of the world.” My how America’s changed.

Days before he was assassinated, slain Officer Jackson prophetically posted on Facebook that he was “tired physically and emotionally,” and said he wondered if the city he loved, loved him back. “In uniform,” he wrote, “I get nasty hateful looks and out of uniform some consider me a threat…These are trying times. Please don’t let hate infect your heart…”

Obviously, Jackson’s alleged assassin allowed hate to fill his heart. The Daily Caller reports the shooter, Gavin Eugene Long “was a [former] Nation of Islam member” who “railed against ‘crackers’” on his YouTube Channel. The New York Daily News reported that in another video Long defended the Dallas cop shooter saying, “It’s justice. You know what I’m saying.”

Yes, Gavin, we got what you were saying. You showed us in Baton Rouge.

And mark my words, this mayhem will continue unless hatred is replaced with God’s love and forgiveness. Then sanity will return to the citizenry and law and order to this nation. God spoke to Job out of a whirlwind, so maybe there is hope for us in ours.