The Law of Unintended Consequences: Well meaning efforts to target indecency could come back to haunt us 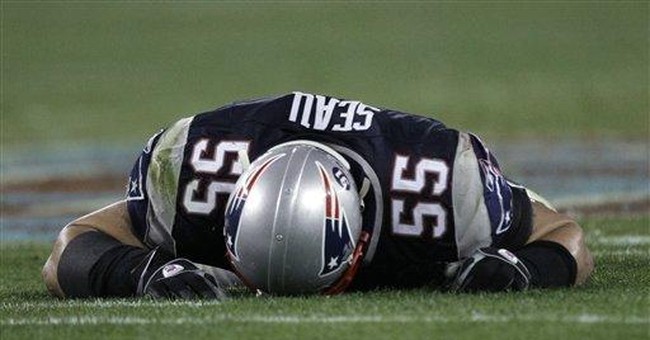 On January 19, 2006, Salem Communication's Chairman of the Board, Stuart Epperson presented testimony to the Senate Commerce committee on the FCC's involvement in regulating decency. It is as relevant today as it was then

On behalf of Salem Communications Corporation, I want to thank Chairman Stevens, Inouye, and the other Members of the Committee for conducting this hearing on the very important issue of Decency in the broadcast and cable industries.

My partner Ed Atsinger and I founded Salem Communications Corporation, which owns and operates commercial radio stations in virtually all the major markets in this country. Salem owns and operates over 100 radio stations, with a strong presence in 24 of the nation’s top 25 markets. These stations provide Christian teaching and talk, contemporary Christian music, conservative news talk, and other formats to millions of listeners each week. The Salem Radio Network syndicates over 150 hours of daily original programming to nearly 1,900 affiliated radio stations in over 200 markets nationwide.

We are in this business primarily because we have a point of view. Moreover, we think our views are well received in the marketplace of ideas. Our editorials emphasize limited government, free enterprise, a strong national defense and traditional moral values. These principles are also, in general, the views of our talk show hosts. We have both local hosts and nationally syndicated hosts. Indeed we syndicate far beyond the reach of the stations we own.

Not only are we conservative in our politics but we also operate within the Judeo-Christian moral framework as did our founding fathers. Given that background, you might assume that we favor legislation now pending in Congress to heighten penalties for violation of content regulations applicable to over-the-air radio and television stations. Not on your life!

Today, we enjoy almost unprecedented freedom in religious broadcasting and public policy discussions that the First Amendment was designed to promote largely because of one historic act in 1987: the FCC repealed the so-called Fairness Doctrine, which had imposed government control of content. (The Fairness Doctrine was quickly dubbed the “Blandness Doctrine” because it resulted in timid, don’t-rock-the-boat broadcasting.) Thankfully, repeated attempts by Congress to disinter the Fairness Doctrine have failed.

Now conservative Christians and other conservatives too are being sucked into applauding measures that would have government much more severely penalizing content infractions and shutting down stations that violate standards, just as many well-meaning conservatives supported the Fairness Doctrine. It’s important to remember that in spite of the overwhelming liberal bias of the large media only one broadcaster ever lost a license because of the Fairness Doctrine—a small Christian radio station in Media, PA.

Don't get me wrong. I deplore the low moral standards of our culture. I am working in every way I know how to change it. I think what is being passed off as entertainment these days is an outrage, but I am serious when I say we support limited government.

Many have cheered the end of Howard Stern’s over-the-air broadcast programs since he switched to paid satellite service to escape constant regulation. I wouldn't listen to his programs if he were the last broadcaster on the face of the earth. I'd rather be without radio, and that is a drastic statement since radio is my business.

Mark my words, however. If impending government action can cause Howard Stern to leave broadcasting for a paid subscription service, imagine a bill that would give the FCC power to so penalize content infractions that after three fines for violating standards set by fiat, a station could lose its license. Let us suppose that Congress, reacting to a justified outrage such as the Super Bowl halftime fiasco and subsequent incidents, passes such a bill. And let us suppose the President, watching the polls that say the public wants action against the filth masquerading as entertainment, signs the bill. (After all, the current President signed the McCain-Feingold campaign law even though he thought it was unconstitutional.)

Sure, right now an FCC in the hands of reasonable people wouldn't do anything drastic. But let us suppose that with this bill on the books the nation has elected a President who strongly believes that the entire government---including the public airways---should be completely stripped of any and all references to the Christian beliefs espoused by our Founding fathers.

Let us also suppose—and it is no stretch of the imagination to believe this—that this future President appoints politically motivated individuals to the FCC who are opposed to conservative viewpoints. With the precedent established that the FCC can revoke licenses over content, these Commissioners could determine that conservative views constitute hate speech and that hate speech equals profanity. For example, we are strongly supporting a Constitutional amendment that defines marriage as a union only between one man and one woman. Let us suppose that these Commissioners declare that such a position is against national policy and constitutes discrimination and hate speech, and violates the prohibition against profanity.

Of course the homosexual lobby would mobilize hundreds, perhaps thousands, of complaints against stations advocating our point of view. Armed with these complaints, the FCC would have no problem finding an excuse for shutting down the voices broadcasting what they would call homophobic views.

But the examples need not be confined to moral and religious questions.

The possibilities for grave mischief to free speech are endless. Congress seldom writes clear laws but always leaves to agencies and departments the interpretation of the law, often resulting in unintended consequences. In the case of the FCC the interpretation will depend on what Commissioners are appointed. In a liberal administration I can guarantee that the appointees will include people hostile to what we stand for.

And conservatives should not count on the Supreme Court---even a more conservative court---to protect them from the excesses of an empowered and biased FCC. Everyone—even the sponsors of the bill, the President who signed it and the media which commented on it—was morally certain that major portions of McCain-Feingold would be declared unconstitutional for violations of the Free-Speech clause of the First Amendment. Today, as horrified as our founding fathers would be if they could come alive and learn of it, it is the law of the land.

More government is not the answer to the cultural problem of indecency. It will only lead to disasters such as I describe, and no bill once passed by Congress and signed into law is ever repealed.

Today Stern, Bubba (the Love Sponge) and Janet Jackson are in the spotlight. Tomorrow Limbaugh, Dobson and Janet Parshall---with their national audiences of Christian conservatives---could very well be there.

There are a number of simple solutions to getting rid of the garbage on the air. The FCC should use the more than ample authority it already has. Listeners should stop listening. Without ratings there are no sponsors and without sponsors there will be no programs. Political leaders should encourage listeners to express their deep displeasure to sponsors, radio station owners and the public. Although that may be harder to accomplish in the short term than rushing to enact a bad law, in the long run it will avoid the unintended consequences of eroding our precious freedom.

In a free nation there are trade offs. It is true in the argument between liberty and security. Some Americans are willing to trade away our Constitutional guarantees of freedom of the press, freedom of religion, and freedom to assemble for a guarantee that the government can keep them secure. The only problem is, the government cannot guarantee absolute security. But once our freedoms have been lost then the enemies of this way of life will have won. We could pass legislation giving government the power to shut down media outlets if they offend some in society. But in the process our enemies would have won. Talk radio has meant more to the dissemination of ideas of all stripes than any other media initiative since the beginning of our nation. What a tragedy if Americans are willing to give up their ability to exchange ideas in a way that other Americans can hear them and act upon them.

Right now the vast majority of Americans get talk radio for free. Advertisers make that possible. The government should stay out of regulating satellite radio. That way, if Americans want trash they will have to pay for trash. That is as it should be. Meanwhile, if the FCC just enforces existing law it will take care of abuses in over the air radio. Members of Congress must be prudent in its action and not succumb to emotionalism which runs contrary to the Constitution.

Is it over reaching to request simple adherence to the First Amendment? “Congress shall make no law respecting an establishment of religion, or prohibiting the free exercise thereof; or abridging the freedom of speech, or of the press, or the right of the people peaceably to assemble, and to petition the Government for a redress of grievances.”