Steve Sherman
|
Posted: May 25, 2021 12:01 AM
Share   Tweet
The opinions expressed by columnists are their own and do not necessarily represent the views of Townhall.com. 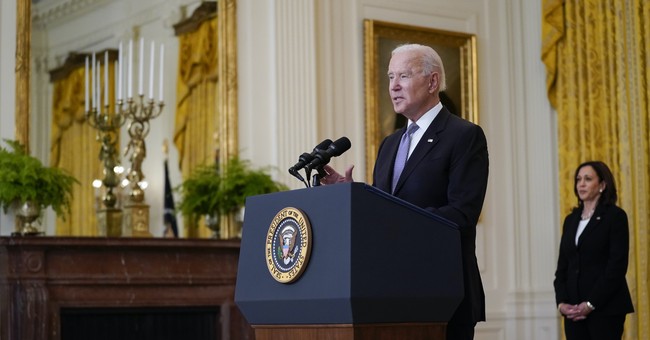 I know it’s probably not a surprise, but this new administration is soft on border security when it comes to illegal immigrants and drugs. Some of us hoped that common sense might prevail, but instead we have witnessed a surge at the southern border with people trying to enter the country illegally because of Biden’s soft message on immigration. We are seeing something similar with regard to the import of illegal opioids using the regular mails.

Right now, the Biden Administration is not enforcing existing law aggressively enough to stop overseas drug cartels from using the international postal system to serve as drug mules. This makes it easier than ever to smuggle drugs into America. The problem is that many overseas dealers of the opioid fentanyl are using regular post offices to mail the drugs into the United States because it is so easy. Our border security with regard to illegal drug imports is soft.

There are some simple solutions that this administration could take to stop it, if they even want to. One solution involves closing some loopholes that exist at the U.S. Postal Service (USPS).

A few short years ago, Congress passed, and President Trump signed, the Synthetics Trafficking & Overdose Prevention Act or STOP Act that mandated on January 1, 2021 the USPS roll out regulations to stop the entry of packages shipped without knowing the identity of where it is coming from and where it is going. The federal government had two years to pull together regulations on how to stop the flow of drugs using the postal service, yet they missed that deadline. When they did roll out regulations recently, the regs proved deficient with existing loopholes and areas that can be exploited by international bad guys.

Using electronic tracking information to track all international packages and letters is a simple solution that would dramatically slow the import of fentanyl. That simple and crucial element is not part of the new regulations.

Many foreign based drug exporters choose their local post office because they do not require advanced electronic data (AED) to follow the packages and letters. Paul Steidler, Senior Fellow with the Lexington Institute, wrote in The Hill on May 7, 2021, “The STOP Act required AED on all packages being delivered by USPS from China beginning Jan. 1, 2019 and from other countries Jan. 1, 2021. But CBP did not issue interim final regulations (IFR) until March 15, 2021 even though they were required by October 2019. The regulations are far less rigorous than Congress intended. More troubling, packages without AED continue to be delivered throughout America.” In other words, the law is not being enforced in a way the authors, Sens. Rob Portman (R-OH), Amy Klobuchar (D-MN) and Tom Carper (D-DE) intended. Congress has provided the Biden Administration the tools to enforce the law, yet they have not yet done so.

Opioid abuse and solutions were a focus of the prior administration. This is an issue that President Donald J. Trump worked hard to solve by setting up the President’s Commission on Combatting Drug Addiction and the Opioid Crisis. One of the recommendations of Trump’s commission was to use federal assets “to intercept fentanyl (and other synthetic opioids) in envelopes and packages at mail processing distribution centers, and increase detection efforts using enhanced technology, more manpower, and expanded canine deployment.” The Trump commission and Congress recognized that one of the ways drugs get to users in the United States from international drug dealers is through the regular mail.

The Department of Homeland Security’s proposed rule, the “Mandatory Electronic Information for International Mail Shipments” will preserve the loophole that allows fentanyl to be transmitted in very small packages that are considered letters. Because these letters are not tracked, the bad guys use them to send in drugs. The ‘Letter Loophole’ will continue until this rule is changed to close it and these drugs will flow in through that opening in the regulations. It makes no sense that the Biden Administration is missing the boat on the implementation of a simple rule to implement the STOP Act that would dramatically curb the import of these dangerous drugs.

Border security is very important, and it seems as if this administration has fallen down on the job at the southern border on immigration and drug imports. Better rhetoric to the world on enforcement at the border on illegal immigration would help. It would also help if Biden sent out word that all packages and letters will be tracked to stop all fentanyl imports. These seem like very simple fixes to some big problems.