What Is Wrong With the NFL?

Steve Sherman
|
Posted: Feb 03, 2018 12:01 AM
Share   Tweet
The opinions expressed by columnists are their own and do not necessarily represent the views of Townhall.com. 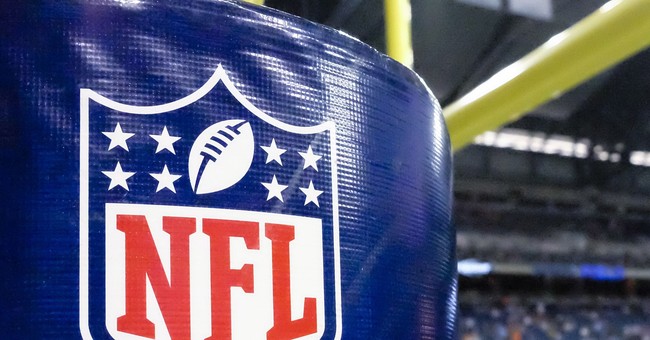 I love pro-football. From the plains of Iowa, I became a Cowboys fan. Most of my friends like the Packers, Bears, Vikings, or Chiefs, but not me. I loved those Dallas Cowboys. Why? First, Iowa doesn’t have a professional football team and secondly in the late 70s the Cowboys were awesome.

The days of Roger Staubach and Tony Dorsett gave way to Troy Aikman and Emmitt Smith. As a boy those guys were larger than life…real life sports heroes. I suffered through two-a-days as a seventh grader because football was the greatest game I’d ever seen. I wasn’t too fast and at the time I was way too skinny, but I wore my #12 jersey with pride learning about great victories and sorrowful defeats.

Sports are great that way. They have the ability to put a Democrat and a Republican firmly and passionately on the same team. That special bond between fan and team seemed unbreakable. Until this year.

I didn’t boycott the entire season, but I can count the number of games I watched this year on one hand. That is unheard of for me. The reason was 100 percent because of the players kneeling for the national anthem. It hurt me so deeply that these sports heroes would so callously turn their backs on the greatest country that ever existed. The very country that allowed them to make millions of dollars playing a game. My father-in-law would stand from his wheel chair and remove his cap for the anthem. He took some shrapnel in Korea and old age had won its war on his body, but he stood till the end. And when they handed that triangle folded flag to his wife, we all wept.

That is what the protesters spit on for me when they knelt, and I am still not over it.

The NFL doesn’t seem to have gotten the message. They dig their hole a little deeper with the American public every day. As if the kneeling controversy spinning out of control wasn’t bad enough. They took it another step and banned a veterans’ group from running an ad in the Super Bowl asking people to “Please Stand” for the American flag. Now they’ve banned a digital currency from running a video advertisement because it mocks North Korean leader, Kim Jong-Un, insinuating that even his best hackers couldn’t hack this new cryptocurrency.

Of all the horrible commercials that have been allowed to run during the Super Bowl, outlawing these two smacks of a political agenda.

The NFL has not gotten the memo that Americans like to stand for the anthem. President Donald J. Trump received a huge applause during the State of the Union when he pointed out a young man, Preston Sharp, who was putting flags on the graves of 40,000 unmarked veterans graves when he said, “Preston’s reverence for those who have served our nation reminds us why we salute our flag, why we put our hands on our hearts for the Pledge of Allegiance, and why we proudly stand for the national anthem.”  The NFL is doing its part in dividing America by getting involved in a controversy over disrespecting the flag. The flag is a unifying symbol for Americans of all heritage. In the flag, we are all red, white, and blue.

The fact that the NFL rejected not one, but two ads, because of political considerations simply shows their true colors. Rejecting an advertisement from Veterans is outrageous when they merely wanted to ask people to stand for the American flag. Rejecting a video advertisement from a new digital currency because it pokes fun at Kim Jong-Un is a head scratcher. Who doesn’t think Kim Jong-Un is funny? The ad uses humor to make a point and to encourage people to buy their product.

I suspect the NFL would have gladly run a commercial that made fun of President Trump, yet they are selectively infringing on the spirit of the First Amendment to the Constitution when they politically screen ads. If the NFL has proven anything this year, it’s that they don’t care one bit about what their consumers/fans want. The NFL trouble smells like politics and most of us have enough politics in our lives without it taking over our sports too.

If anything, the NFL has done a great job of making me a baseball fan.