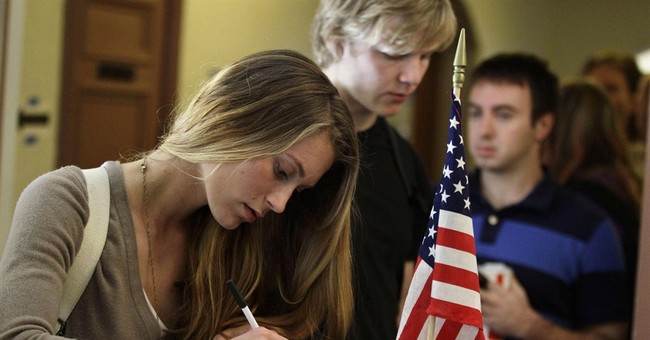 There is an x-factor in America’s so-called culture war that I don’t believe either side fully understands. That is because both sides are looking at their conflict through primarily a political lens. The deeper conflict is a clash of worldviews—with one worldview in particular dominating the arena of ideas in the American mainstream.

That worldview is post-modernism.

Because of post-modernism, we on the Right recognize that mainstream America is the most hostile to moral absolutes, chains of command, and objective truth than it has ever been before. But what the Left fails to recognize is that is true to the post-modernist regardless of which side is peddling their wares.

Post-modernism was originally introduced into the American mainstream by progressives seeking a philosophy capable of tearing down cultural institutions that embraced traditional Americana. But once unleashed on a society, post-modernism is like an airborne contagion that cannot be contained. Using post-modernism as a weapon in a culture war is like enlisting a swarm of locusts. Once the locusts devour the target the insatiable swarm then becomes intent on devouring whatever is left, even if what’s left is who originally set it loose.

Post-modernism is anarchy, which neither conservatives nor progressives want. That explains the surge in libertarianism in America, especially among the youth. They were equipped with post-modernism as a worldview by progressives in government schools, and then turned the tables on those progressives by questioning their orthodoxy right after the progressives’ finished airing their skepticism of conservativism.

First, let’s be clear not all types of libertarianism are birthed in post-modernism. In fact, many of those who call themselves libertarians today are really what we used to call “classical liberals” at the time of America’s founding.

Classical liberals believe in the twin pillars of Western Civilization post-Protestant Reformation: individual liberty and Judeo-Christian morality. On the other hand, classical liberals are also hesitant to empower any institution to impose or enforce that liberty and morality out of fear of setting a precedent that can be used against them one day if the bad guys get control of those institutions. This is exactly what’s happening now as progressives infiltrate institutions like the Boy Scouts of America and the military and turn them against us.

This also explains why some of the most devout and critical-thinking Christians I know supported Ron Paul for president. They saw him as the most immediate route to re-empowering the individual at the expense of the state (progressives). To classical liberals, Thomas Jefferson, who embodied the tension between the Reformation and the Enlightenment, is the ideal Founding Father.

Usually the younger you go in the libertarian movement the more anarchist (post-modern) the movement becomes. These young people clearly see we cannot sustain the growth of government and mountains of debt the progressives want. However, they also reject the Judeo-Christian moral underpinnings of American society that conservatives have traditionally championed. Therefore, they have constructed a confused worldview that calls for the small government and Second Amendment freedom the conservatives want right alongside the immorality the progressives want. In the arrogance of youth, they believe their inability to fit into the existing culture war is a sign they’re on to something cutting edge. They’ve yet to learn what their elders in previous generations on both sides of the culture war already figured out—this moral confusion isn’t sustainable. Somebody’s truth must ultimately reign.

As “father of the Constitution” James Madison once said, “If men were angels no government would be necessary.” Progressives understand this, which is why they seek to undermine moral values and the family in a culture before calling for more centralized government. First you create the crisis, and then you never let the crisis you just created go to waste.

While we have seen post-modernism in this last generation primarily used to deconstruct conservatives, the more progressives assume control of cultural institutions the more you will see post-modernism target them in the future. We’re already seeing this with the rise of the “new libertarians.”

The more progressives seek to use cultural institutions to silence dissent against their fundamental beliefs, the more you will see post-modernism do to them what it already did to us when we tried it. Post-modernism always produces a backlash against anybody or anything that claims to be in charge no matter the basis for that claim.

As a result of post-modernism, this is no longer a center-right country as we on the Right believe, nor has it become a center-left country as those on the Left believe. It is, however, a very double-minded country.

For an example of this look no further than the current debate over homosexuality.

Those of us on the Right see how successful the issue of marriage has been for us at the ballot box (it’s won 89% of the time, and did better than Mitt Romney in all four states it lost in 2012), and believe that America’s much-hyped nosedive towards Gomorrah is still just a slouch with time to turn it around.

Then our opponents on the Left see shifting American attitudes that now view homosexuality more as a genetic orientation/mutation than immoral behavior (i.e. “born that way”), and believe that means the American people are ready to usher in a brave, new out-and-proud world of what we used to call deviancy.

I believe both sides are simultaneously right and wrong.

Post-modernists don’t like either/or scenarios because those are exclusivist by nature. They prefer the and/also. Thus, the American people clearly still believe in marriage and clearly want to mainstream homosexuality.

The American people like it when TV shows such as Modern Family seem to – albeit dysfunctionally – celebrate the family even when it includes homosexuality, and it becomes a ratings smash. But they don’t like it when The New Normal nihilistically seeks to deconstruct the family by glorifying immorality, so it gets cancelled.

It’s not just homosexuality where we see this paradox. It’s prevalent on the entire issue spectrum. The American people want a welfare state they don’t want to have to pay for. Following mass shootings the American people want gun control until they realize that means they will lose their rights. And so on and so on.

Furthermore, in the last decade we have seen the American people vote to give Republican presidents total control of federal government, Democrat presidents total control of federal government, and now split government. That’s a lot of voter turbulence in just one decade. I believe it’s because the American people vote Democrat when they want solutions to their problems, and then vote Republican when they see what those solutions will actually cost. In other words, they vote for Santa Claus until they realize his goody bag was charged to their credit card.

If we’re going to convince the country to return to its moral and Constitutional virtues, we’re going to have to have solutions and not just beliefs. As just one example, instead of a belief statement that affirms the right to keep and bear arms, we need to present the Second Amendment as a solution for a young woman threatened with rape or murder, a family threatened with a home invasion, and a citizenry threatened with the loss of its freedoms. Post-modernism rejects belief as subjective. The only way to overcome that objection is by advocating solutions instead.

If we cannot move from beliefs to solutions the country will either be lost to statism or anarchy. Either way the result will be the same. Both types of cultures always end up on the ash heap of history.