The Fraudulent Case for the Border Wall

Steve Chapman
|
Posted: Dec 07, 2017 12:01 AM
Share   Tweet
The opinions expressed by columnists are their own and do not necessarily represent the views of Townhall.com. 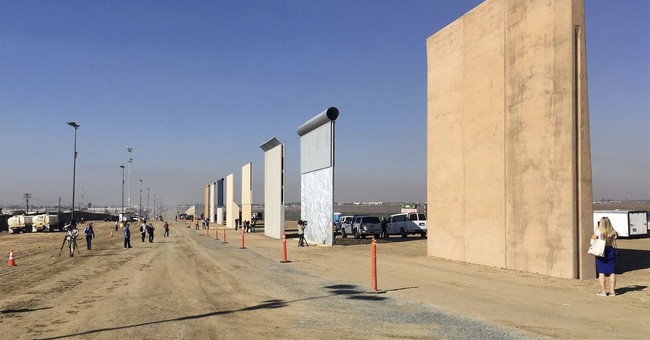 One night last month, a Border Patrol officer in southwest Texas was killed and his partner seriously hurt while on patrol near the Mexican border. What quickly emerged was a gruesome tale. The officers were "ambushed by a group of illegal aliens" who smashed their heads with rocks, according to the head of the union representing Border Patrol agents.

An array of elected leaders reacted with outrage. Sen. Ted Cruz, R-Texas, said the bloodshed illustrated "the ongoing threat that an unsecure border poses to the safety of our communities." Texas Gov. Greg Abbott offered a reward for information leading to the arrest of those who are guilty of the "murder" of Rogelio Martinez. President Donald Trump vowed swift justice and tweeted that the episode proved the need to "build the Wall!"

Or maybe not. Two weeks later, Culberson County Sheriff Oscar Carrillo, one of the first on the scene, told The Dallas Morning News the evidence indicated the agents were not attacked by anyone but hit by the side mirrors of a tractor-trailer as they stood next to an interstate highway. (The surviving officer does not remember what happened.) A shocking example of imported savagery appears to be a terrible accident. But none of the alarmists took that news to mean there was anything wrong with their remedies.

If you are determined to demonize unauthorized immigrants and celebrate harsh tactics, you can always find a way to skate around the facts. The 2015 shooting death of Kate Steinle in San Francisco at the hands of an undocumented immigrant was decried by Trump and his allies as the product of a porous border and sanctuary city policies that protect criminals. But the claims wilted under inspection.

Jose Ines Garcia Zarate was acquitted last week of murder, manslaughter and assault charges and convicted only of unlawful possession of a firearm. The jury concluded that, as the defense argued, Garcia Zarate had found the gun on the ground, picked it up and accidentally fired it. The bullet ricocheted off the pavement before hitting Steinle as she walked along the waterfront.

After the verdict came down, Attorney General Jeff Sessions blamed her death on "San Francisco's decision to protect criminal aliens." Trump raged that the shooter "came back and back over the weakly protected Obama border," and he demanded -- can you guess? -- "BUILD THE WALL!" They grant the presumption of innocence to Roy Moore but not to Garcia Zarate, even after his acquittals.

The outcome prompted new calls to name Trump's intended border fortification "Kate's wall," which would make it the world's largest free-standing nonsequitur. Garcia Zarate's presence in the United States does not prove the weakness of our border security. Just the opposite. He was caught several times trying to sneak in, and the only reason he was in the country in 2015 is that his last attempt had earned him a prison term in California. If anything, he's proof the wall is not needed.

What might have prevented Steinle's death would have been more conscientious conduct by federal law enforcement agents. The feds could have deported Garcia Zarate when he finished serving more than five years behind bars. Instead, they blithely turned him over to San Francisco on a minor drug charge, despite the city's sanctuary policy. Once he was out, Garcia Zarate got his hands on a gun only because a Bureau of Land Management officer had violated policy by leaving it loaded and unsecured in a backpack in a parked vehicle, from which it was stolen.

Trump seized on the slaying as proof of his claim that Mexico was inundating the U.S. with violent criminals, including "rapists." But Steinle's death was merely a convenient prop for a cynical campaign theme.

The evidence is overwhelming that once they are here, legally or not, Mexican immigrants are less likely to commit crimes than native-born Americans. Their presence makes neighborhoods safer. Deporting those here without permission would most likely cause more violent deaths.

Naming the wall is easier than paying for it or getting it built. Trump's effort to make Mexico cover the cost has gone nowhere, and the chances are not good of getting Congress to provide funding, seeing as Senate Democrats have the votes and the resolve to block it.

The wall is a fraud supported by falsehoods, distortions and misinformation, but the president and his supporters will not be dissuaded. As Sheriff Carrillo said of the erroneous accounts about the Border Patrol agent who was killed, "The problem today is that it's hard to sell anything, especially the truth."