Another Way to Banish the Bump Stock

Steve Chapman
|
Posted: Oct 19, 2017 12:01 AM
Share   Tweet
The opinions expressed by columnists are their own and do not necessarily represent the views of Townhall.com. 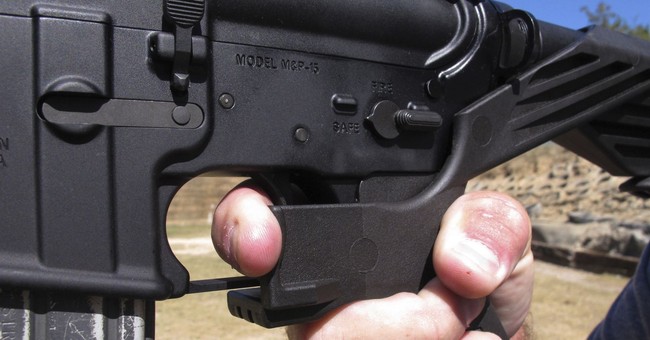 The killer in the Las Vegas massacre did something no previous mass shooter is known to have done: He equipped semiautomatic rifles with a "bump stock," which allowed them to fire roughly as fast as a machine gun. Even some Republicans in Congress are willing to consider banning the device. Anyone familiar with past gun control efforts, however, wouldn't bet on that.

But there is another remedy for bump stocks. In our system, hazards to life and limb can be removed through legislation -- or through court decisions. The Brady Center to Prevent Gun Violence has filed a class action suit against the manufacturer, distributors and retailers for selling a product intended to subvert federal firearms law "in a manner that facilitates criminal acts, such as the massacre of Oct. 1."

Any lawsuit involving firearms faces an obstacle: a 2005 federal law shielding companies that make or sell guns from being sued for misuse of their products. But it doesn't appear to apply.

The statute immunizes companies that make or sell "firearms or ammunition products." A bump stock is not a gun -- which is why the Bureau of Alcohol, Tobacco, Firearms and Explosives decided it couldn't regulate the device. Nor is it ammunition.

Those who have offered bump stocks seem to realize their legal peril. Immediately after the Las Vegas carnage, Slide Fire stopped taking orders, and Cabela's and Walmart quit selling them.

The litigation may be a long shot. Courts are leery of blaming companies when their products are misused. It would be unreasonable for someone hit by an intoxicated motorist to demand damages from the company that made the vehicle he drove or the beer he drank. Corporations usually aren't held responsible unless they sell a product that is illegal, defective or unreasonably dangerous.

That defense may not save Slide Fire or those who sold the bump stock. The company told the ATF it was meant for "persons whose hands have limited mobility." But once sales began, the company gleefully publicized its real purpose. "Some people like drag racing, some people like skiing and some people, like me, love full auto," Slide Fire President Jeremiah Cottle exulted.

Buying or selling a "full auto" gun is illegal without meeting strict federal requirements. The company was offering to make a legal weapon mimic the illegal kind. Cottle celebrated his invention as a way to "achieve an incredible rate of fire and have a lot of good fun at the range."

The fact that the bump stock wasn't banned doesn't exempt the maker from responsibility, Brady Center Co-president Avery Gardiner told me. "They advertised this as fun and as a way to get around the federal restrictions on machine guns," she noted. "Imagine if opioid-makers had marketed their drugs for fun."

Gun control advocates have long insisted that firearm manufacturers should be liable for selling the weapons wielded by criminals. But we as a society have decided that guns should be allowed and extensively regulated. The legitimate uses are deemed to outweigh the risks of misuse.

The dangers of bump stocks are far greater. Rapid-fire capability isn't protected by the Second Amendment. Using a "full auto" rifle for self-defense would be like using a hand grenade.

The device makes the weapon harder to control, which is why most gun ranges don't allow it. It's useful "in one, and only one, circumstance, and that's when you're on the 32nd floor of a building shooting into a mass of people," Paul Valone of the gun rights group Grass Roots North Carolina told Politico.

The bump stock is a dangerous invention, created to evade the law, that the maker should have known would sooner or later be deployed for indiscriminate slaughter. So it would not be unreasonable to hold Slide Fire and its retailers liable -- just as, in most states, a tavern can be sued for overserving a customer who then kills someone.

If a court ruled against the maker and sellers of the bump stock, they could face ruinous damages. The device would almost certainly be taken off the market for good. Slide Fire might even find it prudent to buy back those it sold. Or it could go bankrupt.

The Las Vegas killer bears guilt for the people he shot, but their number was so large only because of this needlessly destructive device. Having killed himself, he can't be held accountable. But the companies that helped multiply his murders should be.