The Vietnam Syndrome: How We Lost It, Why We Need It

Steve Chapman
|
Posted: Sep 21, 2017 12:01 AM
Share   Tweet
The opinions expressed by columnists are their own and do not necessarily represent the views of Townhall.com. 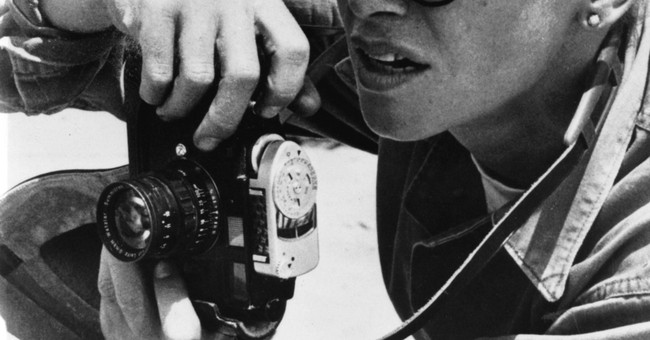 In Kabul, Afghanistan, American Embassy personnel who want to meet with their counterparts at the nearby U.S. military base have to travel a mere 100 yards. But they don't make a practice of walking or driving. They go by military helicopter, reports The New York Times. The space between is too dangerous to cross on the ground.

It's the sort of bizarre fact that might have emerged in Ken Burns' new PBS series on the Vietnam War, illustrating our inability to turn South Vietnam into a safe, stable place. But it's not the past; it's the present.

The Vietnam War was the greatest U.S. military catastrophe of the 20th century. A conflict begun under false pretenses, based on ignorance and hubris, it killed 58,000 Americans and as many as 3 million Vietnamese. It ended in utter failure. Never in our history have so many lives been wasted on such monumental futility.

It was a national trauma worse than any since the Great Depression, and it left deep gashes in the American psyche. It instilled an aversion to wars of choice that became known as the Vietnam syndrome.

The allergy might have lasted for generations. It didn't. In 2001, just 26 years after the fall of Saigon, the United States invaded Afghanistan. American troops have been fighting there twice as long as we fought in Vietnam.

Once again we find ourselves mired in an incomprehensible land, amid people who distrust us. Once again we are aligned with a corrupt regime that couldn't survive without our help as we incur casualties in the pursuit of goals we never reach.

In Burns' documentary, President Lyndon B. Johnson is heard in 1965 confiding, "A man can fight if he can see daylight down the road somewhere, but there ain't no daylight in Vietnam." Afghanistan has also been an endless journey down a pitch-black mine shaft.

The American military drew some obvious conclusions from Vietnam. Gen. Colin Powell, who served in combat there, had them in mind when he formulated what became known as the Powell Doctrine. It advised going to war only if we can identify a vital interest, have clear, achievable purposes, are prepared to use decisive force and know our exit strategy. But Powell's wisdom eventually was forgotten.

How could we be repeating the mistakes of Vietnam already? We didn't wake up one day with severe amnesia. It was not a one-step process. It occurred through a succession of military interventions that convinced us we were clever enough to avoid the pitfalls that had brought us to such ruin in Southeast Asia.

Ronald Reagan lamented the Vietnam syndrome but shrewdly declined to send American forces to fight leftists in Central America. He did, however, undertake one brief, low-risk invasion -- of the Caribbean island of Grenada, against a Castro-backed Marxist regime. Our forces removed the government, and we soon departed.

In 1989, George H.W. Bush tried a more ambitious mission, invading Panama to eject a dictator. Then came Iraq's invasion of Kuwait, which provoked Bush to send a huge air and ground force to expel Saddam Hussein's army -- a fight that proved far easier than expected.

Bill Clinton had his own victory, an 11-week bombing campaign that forced Serbia to leave the breakaway province of Kosovo. He managed it without a single American combat fatality.

By 2001, when terrorists attacked the World Trade Center and the Pentagon, Americans had gotten our swagger back. We had proved we could bring about regime changes in hostile countries while incurring few casualties and avoiding long-term entanglement.

We thought we had cracked the code of successful military interventions. The general attitude in Washington was: "We've mastered this."

We proceeded to plunge into Afghanistan, where we realized a stunning initial victory, and then into Iraq, where we rapidly routed the enemy and toppled his dictatorship. The lessons of Vietnam, many assumed, had been refuted once and for all.

But they were just waiting to be retaught. In Afghanistan and Iraq, American troops once again discovered the confusion and terror of fighting an enemy who blends into the populace. They found how hard it is to defeat a guerrilla insurgency without killing innocents and turning locals against us. They learned that their government was willing to expose them to death rather than admit a terrible mistake.

It has been a painful re-education. And there is no guarantee the knowledge will last.