Steve Chapman
|
Posted: Apr 30, 2017 12:01 AM
Share   Tweet
The opinions expressed by columnists are their own and do not necessarily represent the views of Townhall.com. 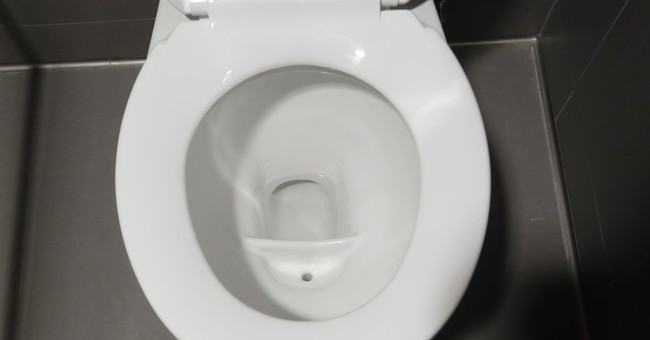 If there is anything more rewarding than making a personal sacrifice for a good cause, it's getting other people to do it for you. That's the thinking behind a lot of legislation at all levels of government that imposes costly mandates on private parties.

The impulse explains an ordinance proposed by a Chicago alderman who thinks there is inadequate access to restrooms in the city and wants someone besides the city to solve that problem.

Alderman David Moore was in a Subway restaurant when he saw a woman crying. She had urgently needed to relieve herself upon arriving there, she told him, but the staff wouldn't let her use the restroom until she bought something, even though she promised to make a purchase afterward. As it happened, she couldn't wait and wet herself. "It was humiliating" for her, Moore told the Chicago Sun-Times. Limiting access to paying customers, he said, "is inhumane."

His measure would compel any licensed business that provides "public toilet facilities to its customers" to open them to all "individuals who have an emergency" without demanding a purchase or charging a fee. Problem solved. The City Council would advance its humane agenda, and those in need would get to relieve themselves.

But someone would bear the burden, and as is often the case in Chicago, that someone would be business owners who have invested money, provided employment and offered goods and services to consumers. They would have to open their restrooms to anyone claiming dire need, regardless of the cost in additional maintenance.

The Illinois Restaurant Association promptly noted that during popular events, some establishments could be deluged with nonpaying people happy to take advantage of their restrooms, even if these places are not equipped to handle crowds. Some businesses might decide that staying open on St. Patrick's Day or during Lollapalooza is not worth the trouble.

Employees would have to clean up after untidy interlopers, and paying customers might find they have to wait in line behind those merely passing through. And pity the staffers assigned the task of determining who has a genuine emergency and who doesn't.

If the council thinks the problem warrants action, of course, it could meet that responsibility itself. The blindingly obvious way is to provide more free public toilets at the expense of the city, or rather, its taxpayers. If a public need exists, it's hard to see why the public shouldn't shoulder the burden.

But Chicago is infamous for its lack of these facilities. L stations used to have them, but they were closed decades ago. If that Subway outlet's policy was inhumane to one person, the Chicago Transit Authority's decision is cruel to millions.

Chicago is one of many cities that feel no obligation to make it easy for people to perform an unavoidable physical function. Lawmakers have learned that public toilets offer convenient sites for drug use, sex, vandalism, overnight occupation by the homeless and rampant slobbery.

San Francisco, where pedestrians know to watch their step on frequently fouled sidewalks, finally hired workers to monitor the use of its public toilets. But these employees cost $1 million a year, according to the San Francisco Chronicle, on top of the money to buy, install and maintain the facilities.

Putting the onus on private businesses would allow Chicago to ameliorate the problem at no cost to taxpayers. But it wouldn't be free for the businesses affected. Prostitutes and heroin addicts might find the retailers' restrooms, like public toilets, a suitable haven for illicit activities.

The episode that provoked Moore is not necessarily common enough to warrant a city response. Most people are willing to make a small purchase to use a restaurant's restroom, and most restaurants don't take a hard line on the matter. The rare instance when someone behaved unreasonably, with awful consequences, shouldn't be treated as the norm.

Assuming the council doesn't want to provide a network of public toilets, it could approach retailers with an incentive rather than a command. Yearly grants or tax incentives for establishments that are willing to furnish unrestricted access would open a lot of stalls. The city would get what it wants at a reasonable cost without inflicting pain on business owners.

It's always tempting for elected officials to impose mandates on business, allowing them to claim credit while leaving the heavy lifting to others. But private companies that are expected to meet alleged social needs at their own expense are entitled to tell governments: After you.