After the Election, Things Will Get Worse

Steve Chapman
|
Posted: Jul 07, 2016 12:01 AM
Share   Tweet
The opinions expressed by columnists are their own and do not necessarily represent the views of Townhall.com. 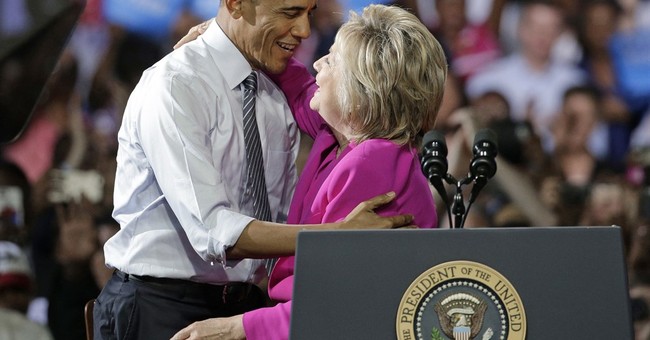 Trending
Can American democracy survive this presidential election? We assume any framework that has endured through the Civil War, the Great Depression, the violent upheaval of the 1960s and more can survive anything. But no earthly institution is eternal, and it's hard to think of a campaign that has done more damage to our system of government than this one.

Amid our misery, we take comfort in the belief that once the election is over, things will get better. More likely, they will get worse.

On the Republican side is a candidate who appears incapable of telling the truth, trying to gain a basic understanding of policy or speaking in anything but childishly simplistic sound bites. Donald Trump has made himself so radioactive that for the first time in memory, dozens of Republican politicians are shunning their nominee, repudiating many of his statements and boycotting their national convention.

Has any major-party nominee ever been tarred with the brush of racism by the party's highest-ranking officeholder as Trump was by House Speaker Paul Ryan? Has any former president in the past century refused to endorse his own party's nominee -- much less two former presidents -- as both Bushes have done?

On the other side, has any major-party candidate ever come so close to being indicted just before being nominated as Hillary Clinton did? Has one ever been criticized more thoroughly and damningly by the director of the FBI than she was on Tuesday, when James Comey presented a picture of her as dishonest, reckless and incompetent?

None of this comes as a shocking discovery. From their decades in the public eye, we knew Trump as a bombastic fraud with an ego as big as the Titanic and Clinton as a ruthless power seeker with a compulsion to deceive. Yet the political order has enabled them to reach the threshold of our highest office.

The latest Gallup Poll found that these two arouse more negative feelings than any presidential nominee in the past 60 years. Barry Goldwater was perceived in "highly unfavorable" terms by 26 percent of Americans on his way to one of the most crushing defeats in American history. Clinton is regarded that way by 33 percent of Americans, and Trump by 42 percent.

Those figures came in before the FBI director's report and before the controversy over Trump's use of anti-Semitic imagery. They also come before the candidates and their allied super PACs have spent hundreds of millions of dollars showcasing the flaws of the other. By election night, the loser may qualify as the most hated person in America -- and the president-elect may be the runner-up.

The problem is not so much that voters will spend the next four months being disgusted by Trump and Clinton before having to suppress nausea long enough to cast a ballot for one of them. It's that the citizenry will be forced to submit to one or the other of them for four years that may feel like 40.

Consider how bitter and polarized the climate has grown under Barack Obama, a president who has a temperate disposition, is careful with words and has managed two terms without a major scandal or catastrophe. Under him, two costly wars have wound down, the economy has climbed back from the worst downturn since the Depression and crime has declined. But many Republicans regard him as not only unsatisfactory but completely illegitimate. They will almost certainly greet Clinton with even more hostility.

If Trump wins, though, Democrats will not be alone in seeing him as an intolerable usurper. After George W. Bush emerged victorious from the five-week legal battle over the 2000 election, his inauguration attracted thousands of demonstrators chanting, "Hail to the thief," with a few throwing eggs and bottles. Imagine the protests that would engulf the capital for a Trump inauguration.

Is America lurching toward collapse, disintegration or civil war? It may sound far-fetched. But delegates to this year's Texas state Republican convention spent two hours debating whether to put a plank on secession in their platform.

The simple fact is that the next president will be detested by half the country, if not more, from day one. How long till impeachment hearings begin?

We don't know who will be in charge of the next administration. But it already has a haunting theme song: "Eve of Destruction."