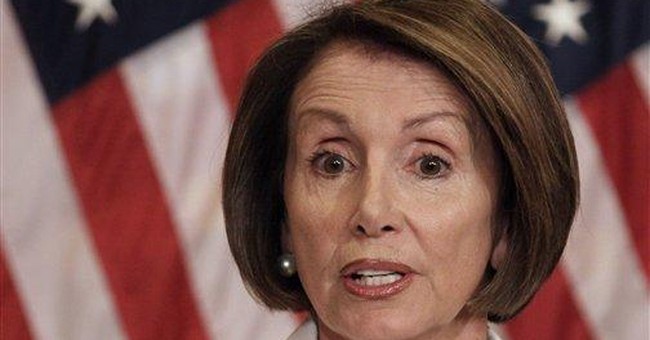 The unfortunate truth is that four of the 100 members of the Senate got there without the consent of the governed. They were appointed to fill seats abandoned by someone who moved on to another job (including Barack Obama and Joe Biden). In the House, by contrast, vacated seats can be filled only by special elections.

The number of unelected senators will soon rise. Republican Mel Martinez of Florida is stepping down rather than serve the last 17 months of his term, and Texas Republican Kay Bailey Hutchison plans to leave this year to run for governor. Once their successors are sworn in, 27 percent of Americans will be represented by senators who didn't get a single vote in a free election.

Among these unfortunates are the people of Illinois. Not only did they have no say on their new senator, but they are stuck with a risible appointee, Roland Burris, named by a governor, Rod Blagojevich, who was impeached for his corrupt selection methods.

That's something Illinoisans will have to live with until November 2010, when there finally will be an election for the office. Unless, that is, the federal judiciary intervenes. Next month the 7th Circuit Court of Appeals will hear a lawsuit arguing that when a Senate vacancy occurs, an election must be held within a reasonable period, and any appointee may serve only for that brief interim.

It's an audacious argument -- considering that in the last 96 years, 184 people have served in the Senate without winning an election. But audacity is in order when an entrenched custom violates the plain design of the Constitution.

For most of our history, the public had no say on the upper house. Senators were chosen by state legislatures. Not until the ratification of the 17th Amendment in 1913 did voters gain the right to elect them.

The amendment also provided a democratic means to fill empty seats. "When vacancies happen in the representation of any state in the Senate," it decrees, "the executive authority of such state shall issue writs of election to fill such vacancies." (SET ITAL) Shall issue (END ITAL): Put simply, the governor has to convene a special election. But confusion arises because the amendment says the legislature may authorize the governor "to make temporary appointments until the people fill the vacancies by election as the legislature may direct."

The lawsuit says the overall meaning is inescapable: Governors must promptly call elections, and they may appoint someone to fill in only until then. That claim rejects the prevailing assumption that a "temporary" appointment justifies dispensing with democracy for two years or more.

But it affirms what the drafters of the amendment had in mind. Sen. Joseph Bristow of Kansas, the chief sponsor, said it would establish the same procedure for Senate vacancies as the Constitution provided for House openings: to let voters choose. The goal was to allow Senate appointments only until a special election could be organized. That fit with the entire purpose of the amendment, which one congressional report said was to make it "impossible to defeat the will of the people."

Will the appeals court -- or, ultimately, the Supreme Court -- buy this argument? The chances are not good. A district court didn't. And in 1969, the Supreme Court went along with a lower court ruling that New York didn't have to hold a special election in November 1968, after Sen. Robert Kennedy's assassination. The court issued no opinion, though, so it may have simply thought that since November 1968 was already passed, the issue was moot.

But if the Supreme Court can, at this late date, finally declare that the Second Amendment protects an individual right to own guns, maybe it can recognize that the 17th Amendment also has a clear meaning that has long been ignored. When in doubt, it makes sense to respect the language and purpose of a constitutional provision.

In this instance, that means: Let the people decide, and sooner rather than later. The 17th Amendment, which was supposed to give power to the voters, should no longer be used as an excuse to take it away.