Stephen Moore
|
Posted: Dec 15, 2020 12:01 AM
Share   Tweet
The opinions expressed by columnists are their own and do not necessarily represent the views of Townhall.com. 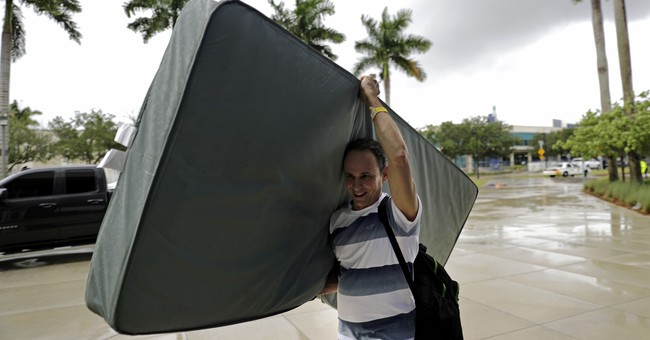 When import tariffs are under discussion in Washington, D.C., they typically revolve around rates of 5 percent to 25 percent on foreign goods.

But what about duties on imported household items that can reach 300 percent, 500 percent or even 900 percent?

Those are the tariff rates that some in Congress and the Trump administration propose on imported bedding products and mattresses. Rates that high could drive some mattress prices from the $100 or $200 range to above $1,000. Talk about sticker shock.

There is a classic clash in Washington between big-name domestic mattress producers, such as Missouri-based Leggett & Platt and Georgia-based Elite Comfort Solutions against the importers. This group includes Utah-based bedding company Malouf and retail home goods giant Ashley HomeStore. These tariffs would not be imposed on adversaries, such as China, Iran or Russia, but on allies, including Vietnam, Thailand, Malaysia, Indonesia and Serbia.

It isn't small potatoes. The bedding industry is roughly $10 billion of annual revenue, with upward of 30 million mattresses sold every year.

With these new tariffs, a standard twin mattress imported from Turkey that sells at $129 could see its retail price quadruple to more than $600. A $99 mattress from Thailand could rise in price to $900, a punitive tariff rate of more than 900 percent. Those are price increases that would cause millions of people to literally lose sleep by not having the means to afford a new mattress.

The claim is these Mount Everest tariffs are justified because Asian countries are "dumping" mattresses into the United States market below cost.

These claims seem flimsy. The domestic producers contend that it costs a Cambodian factory $528 to make a 12-inch queen mattress that now sells in the U.S. for as little as $100. Such logic assumes that Cambodians are losing more than $400 for every mattress they sell in the U.S. If every Cambodian mattress costs $400 to make, almost all Cambodians, who earn on average less than $20 a day, would be sleeping on the floor.

The domestic mattress industry isn't flat on its back, so to speak. It is flourishing in the age of COVID-19 because of high demand from hospitals, nursing homes and shelters. In some areas, there are bedding shortages. Sales are up for everyone, from domestic producers to importers.

Tempur Sealy, one of the "aggrieved" petitioners for import duties, had a banner year in 2019 as sales expanded to $3.1 billion, and 2020's final numbers are looking better still.

Even President Donald Trump's Justice Department antitrust division, in a rare rebuke to other voices in the White House, has warned in a filing that tariffs of 48 percent to 1,000 percent "could significantly increase mattress prices for consumers in the United States" while risking shortages in "hospitals and other healthcare facilities" during the era of COVID-19.

Some in the White House and Congress believe that high tariffs will protect thousands of domestic jobs. Perhaps so. But the U.S. companies that import mattresses at low prices also employ thousands of Americans. The losers here would be millions of consumers who could come to grips with seeing mattress prices double or even triple. Special-interest politics, such as protective tariffs, almost always favor the few at the expense of the many.