Stephen Moore
|
Posted: Jul 12, 2016 5:24 AM
Share   Tweet
The opinions expressed by columnists are their own and do not necessarily represent the views of Townhall.com. 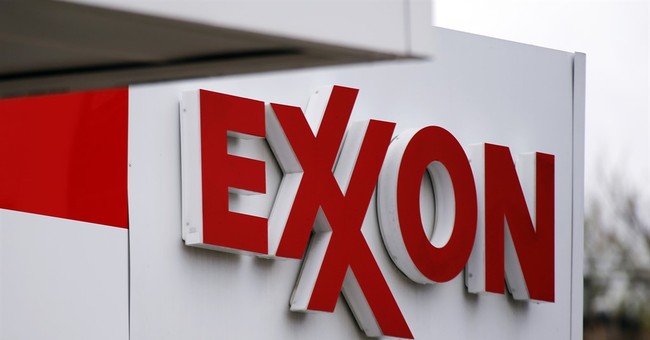 Liberal attorneys general from 17 states have put a big red bulls-eye on the chest of big oil. Their bizarre claim is that, for years, energy companies fraudulently covered up their knowledge that greenhouse gases from fossil fuels cause catastrophic climate change. The most recent chapter of this witch hunt is a remarkable subpoena filed by Massachusetts Attorney General Maura Healey, which would require Exxon Mobil Corp. to turn over 40 years of internal company documents. It also demands that Exxon Mobil produce all its internal communication with conservative-leaning think tanks.

This is nothing more than an old-fashioned, political mob shakedown of a deep-pocketed industry for money. The attorneys general are hoping for a repeat of the multibillion-dollar tobacco company settlement in the 1990s. The big and obvious difference here is that tobacco companies sell a product that is dangerous to one's health. The oil and gas companies sell energy that makes all modern industrial life possible.

Worse, they want to use the steel-heeled boot of government to get energy companies to stop giving money to free-market institutions that the left doesn't agree with. But they are permitted to donate to the Sierra Club, the Wildlife Federation and the Center for American Progress.

The goal is to silence any opposition to the climate-change industrial complex. The way to create a scientific consensus on an issue is to muzzle anyone who dares disagree with the scientific consensus. If these science policemen had been around several hundred years ago, we'd all be forced to believe that the earth is flat.

To enforce the global warming consensus, the attorneys general want more than money: They want to figuratively hang the oil and gas company CEOs in effigy in the public square. New York Attorney General Eric Schneiderman hinted that he'd like to see criminal prosecution and jail time for the energy company executives, saying, "Financial damages alone may be insufficient. ... The First Amendment does not give you the right to commit fraud."

The end game here could hardly be more sinister. The attorneys general are following the example set by the Obama administration and the Environmental Protection Agency to bleed and "bankrupt" oil and gas producers in America as they are doing now to the domestic coal industry.

Moreover, unlike the tobacco company litigation, where smokers got cancer and heart disease, who is the victim here of the purported fraud by the energy companies?

While these attorneys general are using their positions of power to intimidate big oil, Exxon Mobil, Chevron, BP and others have been busy creating millions of energy-related jobs, helping the United States become the largest energy producer in the world, driving down the cost of energy, and adding to U.S. growth. Without the energy companies and the shale oil and gas boom of the last decade, the U.S. would not have escaped the Great Recession of 2008-2009. But in Washington, no good deed goes unpunished.

Now for the ultimate irony of these witch hunts. The oil and gas companies are reducing their greenhouse gas emissions already. Partly because of fracking and the new boom in natural gas, carbon emissions have rapidly declined over the past decade. So where is the fraud?

What's more, because natural gas burns clean, and because of its availability, affordability and abundance, it is more and more the fuel that powers the engine that drives our economy. Exxon Mobil and all the other energy producers should be honored and given medals for environmental cleanup, not demonized.