Shouting Fire or Starting One?

Shaun McCutcheon
|
Posted: Oct 22, 2018 12:01 AM
Share   Tweet
The opinions expressed by columnists are their own and do not necessarily represent the views of Townhall.com. 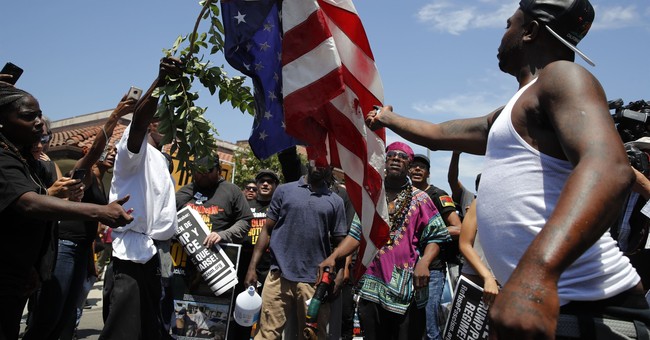 Donald Trump’s Presidency continues to be wildly successful – a never-ending nightmare to the left. With employment at an all-time high, a soaring stock market, and international leadership that makes America more prosperous and secure, political opponents are becoming more desperate to minimize these undisputed successes.

Supporters of the President, as evidenced by their enthusiasm at his political rallies are not yet, as Trump jokingly predicted, “tired of winning.” However as illustrated by recent protests, attacks, and calls for violence, those on the political left are fed up – and their barbaric actions are proving it.  But why are they so upset?  Does the left want our country to lose?  It seems like they really do – and for no reason.

The tactics of the Democrats are becoming more and more dangerous in terms of the reputational and personal safety of those they oppose. Rather than sharing ideas of what they stand for and support, they are only calling for the obstruction of the proactive engagement of the positive change Trump is bringing to America.

In recent days, Hillary Clinton readily admitted that unless the Democrats were to be given political power there could be no civility in politics.  In an interview (with a like-minded political network) she stated, “…you cannot be civil with a political party that wants to destroy what you stand for, what you care about. That's why I believe, if we are fortunate enough to win back the House and or the Senate, that's when civility can start again.”

Describing these remarks as coming from a sore loser is an understatement – but it is in line with what is becoming more commonplace in politics today.

In June, Congresswoman Maxine Waters made a speech that has mobilized liberals to be even more combative by stating, “...let's make sure we show up wherever we have to show up. And if you see anybody from that Cabinet in a restaurant, in a department store, at a gasoline station, you get out and you create a crowd. And you push back on them. And you tell them they're not welcome anymore, anywhere.”

It is no wonder that security and protection is needed for those working to implement Trump’s agenda - an agenda that is proving to making all Americans more prosperous and safe in other words making   America Great Again.

The activities planned and implemented by many, blinded with leftwing hate, are ruining everything from family meals to earned reputations and personal safety.

Unfortunately, the political left simply does not care about the victims of this lack of civility. They have cheered the chasing of Senator Ted Cruz and his wife from a Washington, DC restaurant. They claim victory when the Press Secretary Sarah Sanders and her family was refused service at another. And when a Republican Member of Congress, Steve Scalise is shot by gunman with a list of Republican targets, there is no remorse.

The confirmation process for Justice Kavanaugh put a spotlight on this ongoing tragedy – and abuse of the Free Speech protections where the agitators hide. Attempts to interrupt the vote, shrieking in the gallery, and beating on the doors of the Supreme Court further illustrate the loss of control and derangement that this hatred on the left has generated.

These tactics are not Free Speech – they are violations and assaults. If the Democrats really wanted to make positive change they would present an agenda that would do something other than roll back the prosperity that we have experienced since Trump was sworn into office.

What is their agenda? What do they stand for? Will continued incivility reverse the trajectory of the Trump Presidency? Are Democrats seriously going to continue to double down on promoting a culture of violence and chaos while conservatives continue to make the country better and defend liberty?

Rather than contributing to the marketplace of ideas, Clinton, Waters, Soros, (and many more on the political left) are only working to destroy those with whom they disagree. While the Constitutional protections of Free Speech certainly allow “resistance” members to use these words, when put into action they can become a crime or do real damage.

There are limits to Free Speech as famously illustrated by Oliver Wendell Holmes’ opinion in Schenck vs United States preventing “falsely shouting fire in a theatre and causing a panic.” The protests of today are much worse and unless tensions are calmed, may end up with someone starting an actual fire that hurts some people.

Shaun McCutcheon, a Free Speech advocate, is an Alabama based electrical engineer and successful plaintiff in the 2014 Supreme Court case McCutcheon v. FEC