The Trump Transition: Away from Enormous, Terrible Top-Down Government

Seton Motley
|
Posted: Nov 28, 2016 10:56 AM
Share   Tweet
The opinions expressed by columnists are their own and do not necessarily represent the views of Townhall.com. 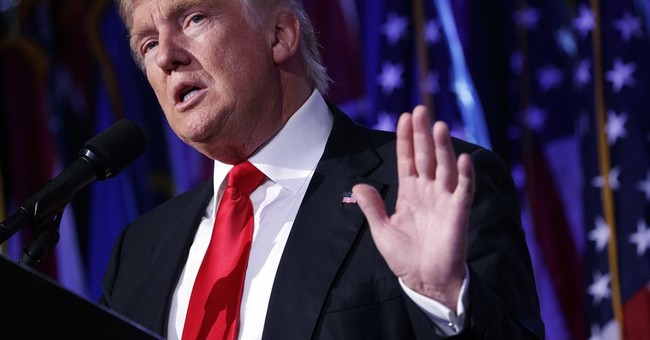 We are in the midst of what is referred to as the “transition” - the hand off of power from one president to another. God bless America - these conversions are peaceful. Even when the exchange takes place between presidents of opposing political parties, as is currently underway.

(Here’s to hoping the Democratic Obama Administration continues to handle this better than did the Clinton Administration. On their way out, classy Clinton officials vandalized the White House to the tune of $15,000 in damage - including ripping the “W”s out of the keyboards - in protest of Republican George W. Bush succeeding them.)

The incoming Trump Administration is shaping up to be a policy and procedural sea change - a completely new approach to what DC does and how it does it. Given the half-century-plus of top-down stagnation the city has foisted upon us - this is not a terrible thing.

Unless you are a creature of Washington. Which is much more a state of mind than of geography. Plenty of people - college professors aplenty, for instance - have never stepped foot in our nation’s capitol. But they think and act like lifers.

Trump, from all appearances, is not similarly addled. It’s not that he doesn’t care about how things in DC have always been done. It’s that he sees how anti-productive and stupid most of it is - and he intends to change it.

The Washington Post editorial board in its entirety penned the very understated “A President Trump Could Destroy the World Economy.” How’s that prediction doing? “Boom! Trump Rally Carries Stocks to New Records: The post-election euphoria on Wall Street continues to grow.”

It would appear that the people who really know how money works - the Wall Streeters - really, really like Trump’s promises of DC revolution. Do not misunderstand - the Street for decades fought very hard for the old crony way of doing things because they benefitted - by vociferously bribing the DC Cronies. Trump’s Democratic opponent Hillary Clinton received the lion-share of Street donations - to keep the crony train running.

But the Street’s funding of the crony-status-quo may very well have been a resigned acquiescence to the seemingly perpetual - rather than a real romance.

Because then the inexplicable happened - Trump won. And it appears the Street genuinely loves the prospect of Trump’s Less DC approach (and not only because it will save them a fortune in campaign contributions and “speaking fees”).

Less government means more business. And the Street is, ultimately, all about business.

Thanks in large part to the bipartisan, government-hands-off approaches of the preceding Clinton and Bush Administrations, the Web has grown to be 1/6th of our entire $18 trillion economy. It has been a nigh ceaseless expansion machine.

Except for three six-month periods: “(FCC Commissioner Ajit) Pai pointed to research that showed a decline in capital expenditures by the major wireless companies of 12% in the first half of 2015 compared to the same time period in 2014 - when the FCC was still expected to restore open Internet rules without reclassifying broadband. ‘Only twice before have broadband service providers’ capital expenditures fallen on a year-over-year basis,’ he said, ‘following the dot.com bust in 2001 and the Great Recession in 2008.’”

Get that? The Internet sector has only been slowed by massive, global economic implosions. And massive, all-encompassing government interference - which bears a striking resemblance to the former. The Street doesn’t react well to either.

President-elect Trump has promised us a whole lot - about a whole lot less government. All the wrong people loathe it - and all the right people love it.

He needs to keep his word. On principle - and because of the vast, expanding, all-encompassing economic explosion that will ensue as he does.

Smaller government means a bigger, more robust, more dynamic private sector. For everyone. Cronies need not apply for special access - because there will (hopefully) be no special access.

Because there shouldn’t be. Most of us - outside the tiny confines of the DC mindset - would very much welcome a return to equality before the law.