Democracy Is Working, Changes Should Result

Sen. David Perdue
|
Posted: Nov 22, 2016 3:00 PM
Share   Tweet
The opinions expressed by columnists are their own and do not necessarily represent the views of Townhall.com. 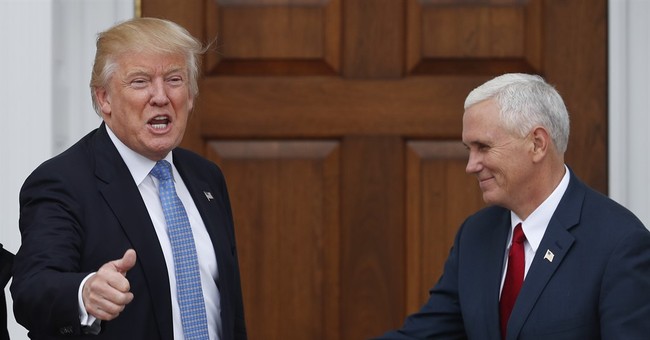 Democracy is working, but it didn’t start in Washington. It started here, back home in the states. We have seen a growing grassroots movement seeking change at every level of government — local statehouses, Congress, and now the White House.

Many people are more motivated by big government’s lack of results than their own political ideology.

Donald Trump shares our frustration and he was elected because he is an outsider businessman who is listening to us, not the political elites.

Similarly, I came to the United States Senate, having never sought elected office, to help change the system. From the onset, I saw the dysfunction clearly. Fixing this dysfunction may seem like a long shot, but many believed a Trump presidency was a long shot.

Both political parties allowed the federal government to explode from $2.4 trillion to $3.8 trillion over the last 15 years. Our national debt surpassed $19 trillion earlier this year and will rise to over $30 trillion going forward if we keep spending more money than we have.

Trillions have already been spent on sweeping progressive social programs that failed to help the working middle-class that so many career politicians claimed to champion.

We now have an enormous moment of opportunity to finally change the direction of our country.

Throughout his business career, Trump has operated with a focus on results and a strong sense of urgency. His 100-day plan reflects a commitment to change the way Washington does business.

Executing change will be a challenge, but by breaking through the gridlock, we can refocus on our founding principles of economic opportunity, fiscal responsibility, limited government, and individual liberty.

Job one is getting the economy going and getting people back to work. Every new economic proposal must be evaluated by its impact on making American businesses more competitive and putting American workers first.

We can update our archaic tax code and immediately begin undoing the damage of the regulatory regime sucking the very life out of the free-enterprise system. We can repeal the EPA’s onerous Waters of the United States rule and Clean Power Plan that devastated the coal and utility industries.

We can eliminate Obamacare and replace it with a market-based solution that lowers health care costs and increases choices. We can dismantle Dodd-Frank, which devastated community and regional banks. We can unleash our full energy potential by starting construction on the Keystone Pipeline.

Globally, we can develop a strategy to defeat ISIS and restore American leadership on the world stage.

We have been given this enormous opportunity, but results are the only measure of success. With President-elect Trump in the White House and Republican majorities in both houses of Congress, we must deliver on the people’s priorities.

Let’s be clear: this moment is not about building the legacy of another career politician.

It is about helping the millions of Americans who are underemployed and have stopped looking for work. It is about caring for veterans who cannot get the proper care they deserve. It is about supporting families who are struggling to get from payday to payday. It is about translating this growing movement of people who are hungry for change into a new era of American prosperity.

FBI Had Rat Near Trump That Led to Mar-A-Lago Raid
Townhall
Here's how the rule of law applied to a former FBI lawyer who pleaded guilty to forgery
Twitchy
REPORT: FBI 'Informant' Behind Trump Raid, Was Someone in His Orbit
Redstate
Donald Trump Punches Back With 'Witch Hunt' Videos and a Huge Announcement
PJ Media