It’s The Principle, Not The Individual

Sen. David Perdue
|
Posted: Apr 12, 2016 12:01 AM
Share   Tweet
The opinions expressed by columnists are their own and do not necessarily represent the views of Townhall.com. 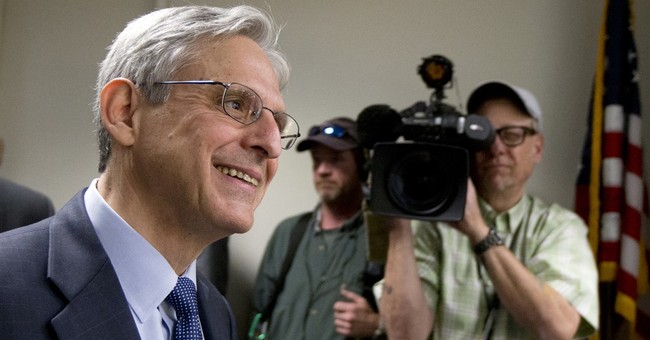 Article II, Section 2 of the Constitution is clear.

The president may nominate judges to the Supreme Court, but the power to grant, or withhold, consent rests exclusively with the Senate.

Nowhere does it say the Senate must hold hearings or votes. In fact, senators and appointees of both parties have said this for years, regardless of who was in charge.

In 2005, Minority Leader Harry Reid said, "Nowhere in the Constitution does it say the Senate has a duty to give presidential appointees a vote."

Three years prior, in 2002, former Chief Judge of the D.C. Circuit Abner Mikva — a Carter appointee — said that "the Senate should not act on any Supreme Court vacancies that might occur until after the next presidential election."

Preceding Judge Mikva's comments, Vice President Joe Biden, the former Senate Judiciary Committee chairman, made a similar argument in 1992 when he said, "Once the political season is underway, and it is, action on a Supreme Court nomination must be put off until after the election campaign is over. That is what is fair to the nominee and is central to the process."

Despite Democrats previously making these exact same points, we are hearing them now tell us to do our job.

I respectfully say we are doing our job.

The balance of our nation's highest court is in jeopardy, and we must ensure this balance remains as a check against efforts by the government to bypass the will of the people. This is about the principle, not the individual.

As a member of the Senate Judiciary Committee, I believe we must allow the American people to have a voice in this process. The upcoming presidential election will not only determine the direction of our country, but also serve as a referendum on the presidency, Congress, and now the Supreme Court.

In fact, not since 1932 has the Senate confirmed a Supreme Court nominee in a presidential election-year to a vacancy arising in that year. And, not since 1888 was someone both nominated and confirmed under divided government, as we have now.

The responsible course of action is to avoid the political theater and allow the American people to decide.