An Optimist in a Pessimistic World

Scott Rasmussen
|
Posted: Dec 20, 2018 12:01 AM
Share   Tweet
The opinions expressed by columnists are their own and do not necessarily represent the views of Townhall.com. 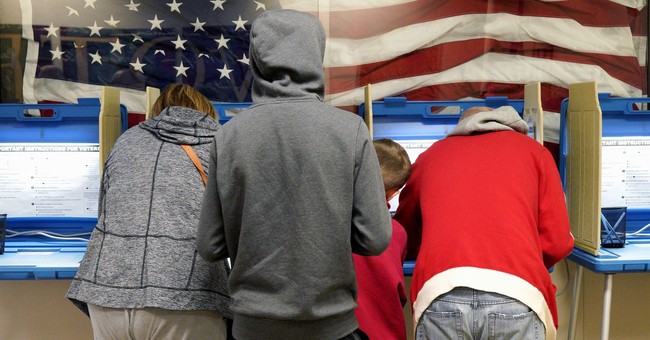 I am optimistic about America's future. That simple statement typically elicits varying expressions of shock and disbelief.

Despite that, I believe that our nation's best days are still to come. I am confident that our children and grandchildren will have much better lives than we have enjoyed. They will get to see and do many wondrous things beyond our current ability to imagine. Most importantly, they will help our nation draw ever closer to becoming a land filled with opportunity, liberty and justice for all.

I'm not oblivious to the problems we face as a nation or the toxic political atmosphere of the early 21st century. In fact, I am probably more pessimistic than most Americans about our broken political system. And I do believe things will get worse before they get better.

But I am able to keep the political problems in perspective thanks to an important life lesson from many years ago.

My wife, our young sons and I participated in a service day with our church. Our task, along with a few others, was to empty an 18-wheeler filled with yams. We were to separate the yams that could help feed a hungry child from those that were rotten. In the heat of a North Carolina summer day, the overwhelming fragrance from that truck full of yams provided an additional challenge.

As the day progressed, we could take one of two approaches: If we looked back in the truck, we saw that hours of work barely dented the supply of yams we were to sort. It was depressing. If we looked the other way, however, we saw a huge pile of yams in front of us that would soon be feeding people who might otherwise go hungry. It was exhilarating.

Eventually, we all found a position to work that let us see the progress being made. And that encouraging perspective kept us working to provide more food for the hungry.

Over the last decade or two, as my confidence in the political system collapsed, I took a similar approach and tried to position myself to see where progress was being made in our nation. The more I shifted my view away from politics and official Washington, the more my mood improved. It was a healthy reminder that the country and its government are not the same thing.

Even more important, it quickly became apparent to me that there was lots of progress being made throughout the nation. The tech industry has improved our lives in so many ways that we can barely remember what life was like before smartphones. Our economy has had its ups and downs, but it has generated amazing affluence, and we are far better off than we were in the 1970s. Today, our younger generation is providing the dose of idealism we need to keep reaching for our nation's noble founding ideals.

It's all a matter of perspective. If you are counting on politics to lead America forward, you will be disappointed.

But if you turn away from the political battles and look at what's happening in America, there's plenty of reason for optimism. That's why 92 percent of Americans realize we have a lot to be thankful for this holiday season.