Most Recognize That Tech Titans Have Bigger Impact Than Presidents

Scott Rasmussen
|
Posted: Aug 30, 2018 12:01 AM
Share   Tweet
The opinions expressed by columnists are their own and do not necessarily represent the views of Townhall.com. 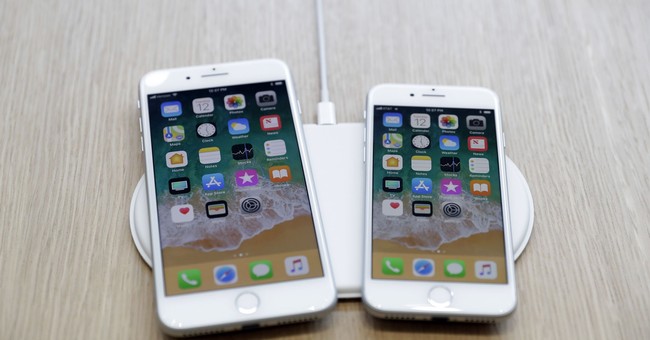 Following the national news about the upcoming midterm elections, it's easy to believe that the future of the United States is on the line. The nation's political junkies get so caught up in the game that they forget there is much more to governing society than government.

The reality is that culture and technology lead the nation forward; politics and politicians lag behind. Fortunately, most Americans recognize this reality and have a much healthier perspective on the nation's future.

For example, 83 percent of registered voters nationwide recognize that Steve Jobs and Bill Gates have had a bigger impact on the world we live in than presidents of the United States. And while most Americans are unhappy with the state of government and politics, 86 percent believe that the digital revolution has been good for America.

When asked about the nation's future, 61 percent believe that new technologies will have a bigger impact than the federal government. This view is shared by people of all ages, of all races, from all parts of the country and across all partisan lines.

Part of the reason is that the new technologies provide practical benefits that people can see in their own lives. Smartphones and other devices allow people to more carefully monitor their own health. Most Americans (56 percent) think this leads to increased health. Looking forward, voters expect that new technologies will have a bigger positive impact on health care than new government policies. (Fifty-three percent say tech; 24 percent say government.)

It's important to note that the vast majority of Americans are not simply dreaming of a tech utopia. There are concerns and a recognition of risk. Just 31 percent would feel safe riding in a self-driving car today. But they expect things to get better over time through pragmatic experimentation. Fifty-three percent expect that most cars on the road will be driving themselves within a couple of decades. Only 11 percent think that day will never come.

Another frequently discussed concern about technology is the potential loss of jobs as computers and robots do more of our work. Yet even on this, there is some optimism. Fifty-nine percent of voters nationwide believe that these technologies will create new types of jobs and provide good opportunities for workers. However, a sizable minority (41 percent) expects that automation will lead to mass unemployment.

As much as people recognize that culture and technology move the nation forward, it's easy to get distracted by the temporary ups and downs of the political cycle. Yes, politics does have an important role to play, but it is not the lead role. At their best, politicians give voice to the public mood and eventually confirm decisions reached by society at large. The danger comes when we expect politicians to lead the nation. That's just not their role.

I expand on this theme in my latest book, "The Sun Is Still Rising: Politics Has Failed but America Will Not." It explains why I am so optimistic about America's future despite deep pessimism about our political system.

Note: All data in this column are from ScottRasmussen.com national public opinion surveys.