Keeping the Northeastern Primary in Perspective

Scott Rasmussen
|
Posted: Apr 26, 2016 12:01 AM
Share   Tweet
The opinions expressed by columnists are their own and do not necessarily represent the views of Townhall.com. 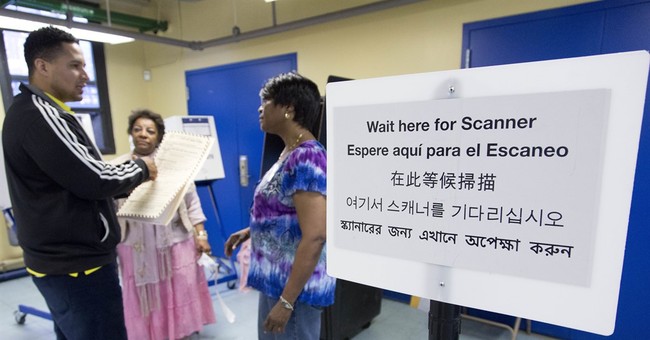 Tuesday should be a very good day for Donald Trump. Voters in Connecticut, Maryland, Rhode Island, Delaware and Pennsylvania will take part in selecting 172 delegates to the Republican national convention. Trump is widely expected to win all five contests and win between 98 and 123 of the 172 delegates at stake.

But, because such a great performance is already built into projections, winning these delegates will not increase Trump's chances of wrapping up the nomination. My latest estimates at Styrk.com show that Trump could end up with just enough delegates to secure the nomination. He could also fall up to 140 delegates short. The only news on Tuesday that would significantly alter that assessment would be if the frontrunner has a surprisingly bad night and earns less than 98 delegates. I can't imagine that happening. If it does, however, Trump's chances of winning the nomination would decline significantly.

In practical terms, then, the race for the Republican nomination will be determined by the 10 races left after Tuesday's competition. That's why Indiana will be such an important test when it votes next week. Nobody knows whether Trump or Cruz will win that state. If Trump wins Indiana, he is probably set to do well in remaining contests. "If Cruz wins Indiana, that could signal a shift leading to Trump losing up to 8 of the 10 remaining contests."

There is one ironic footnote to the Northeastern Primary. The very process that Trump claims is rigged against him will once again work to his benefit. His share of the delegates won on Tuesday will almost certainly exceed his share of the vote. Up to this point, Trump has earned 28 percent more delegates than his pro rata share of the vote would deem appropriate.

Of the 172 delegates at stake tomorrow, 118 will be formally pledged to a candidate. Trump should win between 98 and 106 of these delegates. That's because three of the five states are either a winner-take-all contest (Delaware) or a winner-take-all by Congressional District approach (Connecticut, Maryland). Trump may win all 82 delegates in these states. At the low end of expectations, he could lose one to three Congressional Districts costing him three to nine delegates.

On top of that, Trump can probably count on the 17 Pennsylvania delegates awarded to the statewide winner.

In Rhode Island, delegates are awarded proportionally. So, if Trump gets roughly half the vote, he'll get roughly half of it's 19 delegates.

The remaining 54 delegates at stake in the Northeastern Primary are from Pennsylvania. They are elected directly (i.e.-- people vote for the delegate, not the presidential candidate). Some of those delegates have pledged to vote for either the statewide winner or the winner of their Congressional District. The rest will be pure free agents. Trump will almost certainly win some of these delegates, but how many is unknown.

When you add it all up, Trump is likely to win less than 50 percent of the vote on Tuesday, but end up with between 57 percent and 72 percent of the delegates.

But the key to understanding the Northeastern Primary day is remembering that it probably won't tell us much more than we already know. The real action will take place in the ten states that vote after Tuesday.