Here's Why John F. Kennedy Once Passionately Argued To Keep The Electoral College

Scott Morefield
|
Posted: Mar 24, 2019 12:01 AM
Share   Tweet
The opinions expressed by columnists are their own and do not necessarily represent the views of Townhall.com. 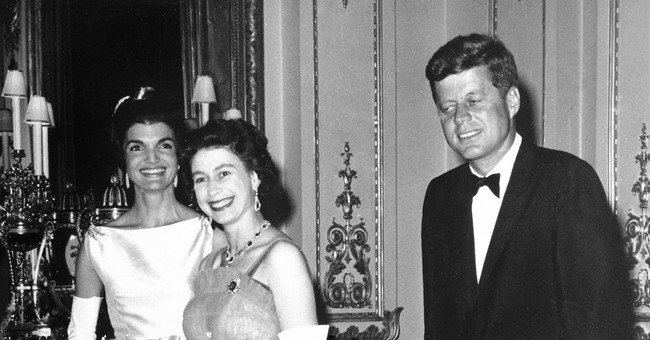 The days of New York City’s Tammany Hall and the Windy City’s “Chicago Machine” may be technically over, but that doesn’t mean Democrats have given up trying to rig and steal elections in a neverending power grab that would make Mayor Daley blush. Not by a long shot. In fact, you can bet the farm that virtually any cockamamie proposal put out there by anyone with a D beside their name is specifically designed to do one thing and one thing alone - get votes.

Oh, I know they like to pretend they’re all about “virtue” and “values” and helping the “disenfranchised,” the downtrodden, and the disaffected, but these modern day Bolsheviks have “more power” scrubbed into their DNA, and it defines EVERYTHING they do.

So it is with their recent calls to abolish the electoral college, a system carefully put in place by our nation’s founders not only to ensure the individual States joined the Union in the first place, but also, not unlike the Senate, to ensure the will of the minority didn’t get trampled by the majority.

Even so, that darned electoral college cost the “good guys” not one, but two elections in the past two decades alone, so it must be banished to the dustbin of history right along with capitalism and fracking. Every Democratic candidate from Elizabeth Warren to Beto “Wax My Ass” O’Rourke has called for it, and most of the American people actually think the idea sounds pretty reasonable. And maybe it does, in theory at least.

However, as President Trump tweeted last week, enacting such a system would mean “the cities would end up running the country. Smaller States & the entire Midwest would end up losing all power.” Trump said he once liked “the idea of the Popular Vote,” but now understands “the Electoral College is far better.”

To be sure, Trump has skin in the game, having won the electoral college and “lost” the so-called “popular vote.” But others have weighed in as well throughout history, including none other than then-Senator John F. Kennedy, who in 1956 called the idea “one of the most far-reaching, and I believe mistaken-schemes ever proposed to alter the American constitutional system.”

Kennedy was responding on the Senate floor to SJR 31, a “follow-up to what was originally labeled the Lodge-Gossett proposal,” author and law professor Robert Hardaway told me for a piece I wrote on the topic over at The Daily Caller. Essentially, it was a proposal that would have abolished the electoral college in favor of a national popular vote.

According to the Congressional Record, Kennedy praised our current system as one in which “third parties and splinter parties are effectively discouraged from playing more than a negligible role.”

“Today we have an electoral vote system which gives both large States and small States certain advantages and disadvantages that offset each other,” he said on the Senate floor. “Now it is proposed that we change all this. What the effects of these various changes will be on the Federal system, the two-party system, the popular plurality system, and the large-State small-State checks and balances system, no one knows.”

Hardaway, a law professor at the University of Denver Sturm College of Law and the author of the upcoming book “Saving the Electoral College: Why the National Popular Vote Would Undermine Democracy,” compared Macron’s win in 2017’s French elections to what Democrats would like to install in the U.S. To the professor, the French “were given the choice between two candidates opposed by the vast majority of French voters.” Similarly, had there been a national popular vote, Hardaway contends, Ross Perot very could have won the 1992 election, were it held when he was polling at 33 percent.

To be sure, there are arguments even from conservatives, like this one from Townhall’s Matt Vespa, for why instituting a national popular vote may not necessarily mean the end of conservatives winning national elections.

Even so, I agree with JFK. Though far from perfect, our founders had it right on this one. We’re already at a point where Democrats can win by essentially dominating a few small areas into which they can mass program their sick ideology. A national popular vote would take what small voice more rural citizens have away from them entirely, subjecting the rest of us to the will of people who do not share our values, our culture, or our way of life.

In other words, if you want to hasten the already progressing “coming apart” of America, institute a national popular vote.