Sara Tappen  |  Aug 21, 2009
The opinions expressed by columnists are their own and do not necessarily represent the views of Townhall.com.
Top Columns
Trending on Townhall Media

A few years ago, a popular movie called What Women Want played off the ancient joke and popular conceit that – while almost any woman can read almost any man like a book – most men haven’t the foggiest notion of what’s going on in the minds of their wives, girlfriends, daughters, and co-workers.

One of the great mysteries of modern life, though, is not the inability of men to fathom women, but the increasing inability of women to understand, appreciate, and defend each other.

Ironically, no group of individuals displays more gender illiteracy than the one which appoints itself the arbiter of all things feminine, the National Organization for Women. NOW recently elected a new leader at its national convention, and President Terry O’Neill launched her tenure with an elaboration on her pro-woman political agenda that included this telling statement:

So – to clarify – women not only have a “constitutional right” to birth control…but that right trumps any other person’s constitutional right to follow his or her own conscience or religious convictions? That’s an interpretation of our pre-eminent national document that would astonish not only the Founding Fathers, but more than a few of the women Ms. O’Neill claims to represent.

Never mind that no coherent reading of the Constitution will produce any indication of the authors’ intent to defend a woman’s right to indulge in sexual activity without “threat” of fertilization. At what point did Ms. O’Neill decide that most women care more about having unfettered sexual intercourse than they do about following the deepest convictions of their soul?

Did it ever occur to her that a healthy percentage of the pharmacists whose consciences she so blithely dismisses might be…women? Given the choice between one woman’s desire to have carefree sex and another woman’s profound belief that dispensing certain drugs could make her complicit in the killing of a child, are we really compelled by the Constitution to side with concupiscence over conscience?

In fact, Ms. O’Neill implies not just that the Constitution protects “birth control” – but that it requires every person in the medical profession to accommodate the pharmaceutical desires of any sexually active woman at any time she asks.

Of course, if one pharmacist won’t fill a prescription, another pharmacist will – usually at the same location. At worst, in most parts of the country, a woman wanting to refill her pills might have to drive another mile down the road to get them. But according to NOW, that’s just too far to go for the sake of a fellow citizen’s conscience.

Is that really the mindset of most women in America?

A similar lapse of insight is detectable in the ongoing efforts of The Center for Reproductive Rights (CRR) to force the U.S. Food and Drug Administration, via lawsuit, to extend over-the-counter access to the drug Plan B – the so-called “morning after” pill – to women younger than 18. A federal court found in favor of CRR, but the case is currently on appeal. (Full disclosure: the Alliance Defense Fund is co-counsel for those appealing the decision.)

Nancy Northup, president of CRR, celebrated the court’s decision as “a tremendous victory for all Americans who expect the government to safeguard public health.”

“Today,” she added, “all women – including young women for whom the barriers and the benefits are so great – are one step closer to having the access they need and deserve.”

Of course, giving teens access to abortion pills is a great way to keep them from going to their parents, or a doctor, and confessing their pregnancy. That means it’s also a great way to ensure that they don’t get checked for the now-rampant sexually-transmitted diseases (STDs) that are infecting so many underage and extramarital sexual adventurers. Will that evasion help “safeguard public health?”

Some interesting statistics: four in 10 young women now become pregnant before they’re 20; one in four will contract an STD; one in two rape victims is under the age of 18. How many of those girls does Ms. Northup think would be better off dodging a doctor? How many will surmount the extraordinary emotional fallout of having an abortion?

In her zeal to celebrate the rights of teens to avoid parental consent, Ms. Northup fails to consider that half of those uninformed parents are women themselves. Do most mothers really celebrate the idea that, thanks to the intervention of organizations like CRR, their underage daughters can now have sex, contract an STD, and undergo a self-administered abortion without ever confiding any of that to her folks?

In fact, NOW and CRR and their self-congratulatory leadership have no more real interest in the rights or needs or concerns of women than Hugh Hefner and Larry Flynt do – they are simply guardians of a legal and political agenda who, wrapped in feminist gauze, are willing to risk the bodies, the freedoms, and even the souls of other women to accomplish their deeply self-serving goals.

And what are those goals? Apparently, the same as Mr. Heffner’s and Mr. Flynt’s: unlimited sex with unlimited partners for every man, woman, and child in America…with no physical, legal, moral, or emotional restrictions of any kind.

That’s a goal they’re inching very close to achieving, but it’s one that ignores not only what most women really want, but the immutable facts of life. 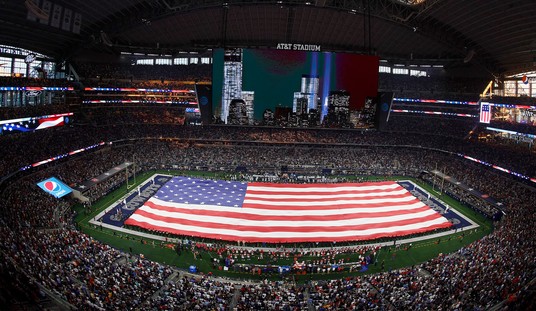