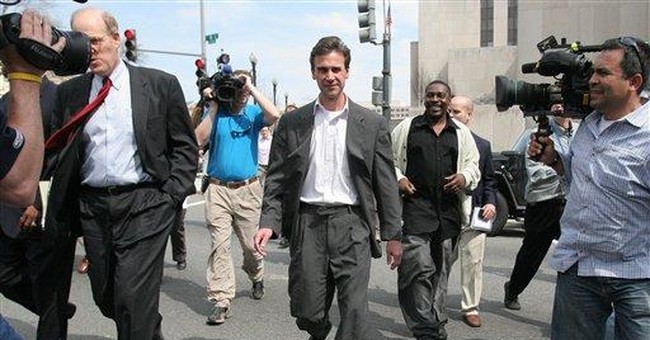 What do Hillary Clinton, Mike Huckabee, John McCain and Barack Obama have in common, besides wanting to be the next commander in chief?

They are all of Scots-Irish descent, an ethnic and cultural lineage that has produced more presidents and military leaders than any other.

“Fascinating, but not surprising,” says U.S. Sen. Jim Webb, D-Va. The former naval secretary and decorated Marine should know: He catalogued the migration and cultural influence of the Scots-Irish in America in his book “Born Fighting.”

They have “always had the tradition of being in leadership positions, whether it is the military or in politics,” Webb says. In fact, 17 of America’s 43 presidents are confirmed Scots-Irish.

They also comprise the largest swing-voting bloc in the country; you cannot win a presidential election without them. In a 2004 newspaper column, Webb suggested that by ignoring Scots-Irish voters in places such as West Virginia and Tennessee, Al Gore probably lost the 2000 presidential election.

Weaver is a rarity, however; a call to more than a half-dozen academic political specialists and pollsters found none who recognized the Scots-Irish impact on elections.

That lack of knowledge is a social and political curiosity. How can there be such scant understanding of a 30 million-strong ethnic group that has produced so many leaders and swung most elections?

Perhaps because political academics and pollsters parse the Scottish half off with the WASP vote and define the Irish-Catholic half as blue-collar Democrats. They are neither.

So, who are these mystery leaders and influential voters?

Dr. Joyce Alexander, secretary of the national Scotch-Irish Society in Philadelphia, traces their roots to a mass migration from northern Ireland in the 1700s.

The “Ulster Scots,” who had been tossed to Ireland two centuries earlier, grew tired of fighting England’s battle against Irish Catholics, so they left. A group of their clans settled in New Hampshire, then spread to Maine and Vermont.

“Eventually, most of them settled south of New England,” Alexander explains, “from the center and bottom of Pennsylvania down to the tips of Alabama and Georgia,” a region better known as Appalachia.

In time, they became the dominant culture for most of the Midwest and the South.

Much of our democracy’s values emanates from the Scottish Kirk, a philosophy that embraced a bottom-up populist form of governing made up of councils of peer groups.

“Scots-Irish never accept the fact that their leaders are superior to them in any way, in terms of their human qualities,” Webb says. Instead, they measure their leaders by their own code of honor, loyalty and sometimes in-your-face leadership.

They also are the bulk of “red states” that Democrat Obama (Scots-Irish on his mother’s side) has carried in primaries and caucuses.

In modern politics, Republicans have done a better job of courting the Scots-Irish. With their traditional family ties, individualism, proud military service and disdain for too much government, the Scots-Irish have swung right ever since the civil-rights era.

Democrats began losing the Scots-Irish vote when they shifted to courting the black vote. That shift ended the Democrats’ hold on the South, where many Scots-Irish lived.

As a voting bloc, the Scots-Irish respond passionately to five things: the right to bear arms, the preservation of family, a love of country, a respect for life and success in war.

As leaders, they often deliver a populist message with a take-no-prisoners swagger. The best examples in presidential history are Andrew Jackson, Teddy Roosevelt, Ronald Reagan and Bill Clinton.

According to Webb, America’s “populist notion of a culture that demands strong leaders makes it a natural breeding ground” for leaders in the Scots-Irish tradition.

So it makes sense to him that all four of today’s candidates descend from “Born Fighting” clans.

Webb, a one-time Republican who switched sides in 2006 to run for the Senate, is on just about everyone’s shortlist for vice president.

And, yes, he too is Scots-Irish.