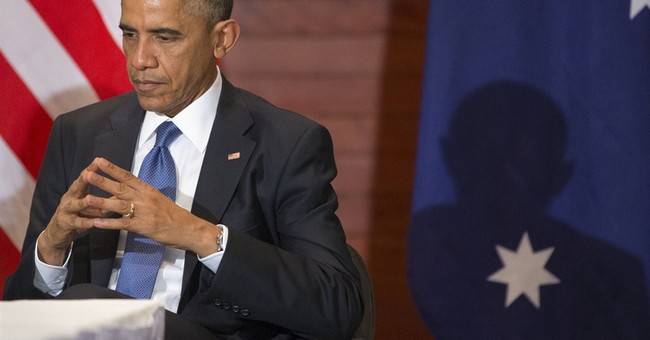 President Barack Obama has been a disaster for Democrats. Since taking office in 2009, his party has lost 10 governorships, 70 House seats, a dozen Senate seats and over 800 state legislative seats. Tuesday’s GOP landslide left Democrats scrambling to point the finger. Many blame the White House but if Democrats think it’s bad with Obama in the Oval Office, just wait till he’s gone.

Barack Obama’s meteoric rise to the top was a unique political phenomenon. Right from the start, his acrimonious, unexpected and long-fought victory over Hillary Clinton sundered the Obama brand from that of the broader Democratic Party. High priest of hope and change, Obama sold himself as America’s first post-partisan, post-racial, post-political candidate. Against conventional wisdom, he managed to turn out communities that traditionally offered little reliable political support at the polls.

However, as two midterm elections have demonstrated, Obama votes are not the same as Democrat votes.

In future elections, Democrats cannot depend on the generational celebrity that surrounded Barack Obama’s candidacy and motivated a legion of new voters. They cannot count on the record-high African American turnout that typified the Obama years. If Tuesday’s exit polls are any indication, they also can’t rely on a millennial vote that twice supported Obama but now features an emerging Libertarian streak.

This has given rise to use of the “idiot issue.”

An “idiot issue” is something a politician doesn’t truly care about, but thinks you do. Typically, “idiot issues” are intended to motivate a candidate’s base. These fictitious issues mask real problems, often serving as distractions from a party’s policy failures. They’re the empty calories candidates feed voters when they’re out of meat and potatoes. Both parties have idiot issues. Most campaigns do, too. Few campaigns have been basedon them, until recently.

From the phony “War on Women” to empty class warfare demagoguery, President Obama proved himself a true master of this tactic. Democrats tried to replicate his success by copying his strategy. Colorado Democrat Sen. Mark Udall attempted to persuade voters that Republican Corey Gardner’s election might result in a condom shortage.

It wasn’t intended as a joke, though it quickly became one.

Of course, Udall knew Gardner could not (and did not wish to) ban contraceptives. He bet voters didn’t know it. He bet they’d be fooled. He bet wrong.

In Washington, Udall had sponsored a bill that would rewrite of the First Amendment, ostensibly to reign in campaign spending. In a move that would set the stage for the year’s heightened class warfare rhetoric, Sen. Harry Reid repeatedly took to the floor of the Senate to denounce two private American citizens—Charles and David Koch—for exercising the very First Amendment rights Democrats sought to curtail.

Attacking free speech was a feature of the campaign trail as well. “Outgoing Sens. Kay Hagan, D-N.C., Mark Pryor, D-Ark., Mark Udall, D-Colo., and Mark Begich, D-Alaska, all tried to make the Kochs a campaign issue with voters, each accusing their challengers of being bought and paid for by the billionaire brothers,” notes the Washington Examiner’s Becket Adams. “They all lost, some by large margins.”

Campaigns based on “idiot issues” merely mask policy failures. They don’t heal wounds or bring about change. Their sole purpose is the reelection of the desperate politicians who use them. The sad side effect: Americans are left with merely the illusion of progress and change.

As much as Democrats tried to distance themselves from Barack Obama this year, congressional donkeys fared far better in 2008 and 2012, when the President’s name was on the ballot. But Obama’s campaigns are over. Lesser Democrats failed to fool voters with this year’s raft of “idiot issues.” Indeed, the only people fooled by the “idiot issues” this time, were the politicians who created them.

Ryan Houck is the president of Free Market America and the author of “Will America Fail?”